The X Files: I Want to Believe 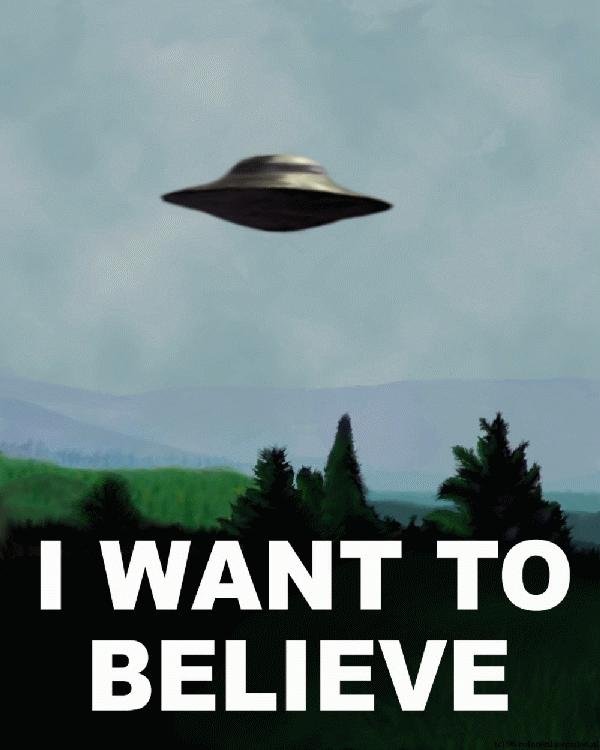 It's like meeting old friends that you haven't seen in a long time. Dana Scully and Fox Mulder together again. And I have to say that it was very nice to see them. The new film, The X Files: I want to Believe, picks up sometime after the the show ended. Scully (Gillian Anderson) is out of the FBI and working as a doctor. She is trying to save a little boy with an incurable disease. Meanwhile, somewhere that looks a lot like British Columbia in the wintertime, the FBI is trying to find a kidnapped agent with the help of a psychic, Father Joe (Billy Connolly), who turns out to be a catholic priest as well as a convicted pedophile. The special agent in charge (Amanda Peet), feeling the need to have a psychic expert, approaches Scully to find out where Mulder (David Duchovny) is. After all this build up, we see Scully driving out to an isolated farmhouse and going in to find....Mulder with a beard...but otherwise unchanged. He still has the poster (see above) in his office and is still investigating wacko stuff. At first, it seems that Scully is estranged from Mulder and just happened to be the only person who knew where to find him. However, it turns out, happily for Mulder/Scully 'shippers that they are sharing the house and the bed. But you'll be glad to know that they still call each other Mulder and Scully. Anyway, even though he is reluctant at first, Mulder is soon beardless and back to his old "Spooky" self. Besides working out their personal issues (I recommend couples therapy), the team of Mulder and Scully sets off to find the missing agent, and figure out what icky things the mysterious Russians (Callum Keith Rennie et al.) are doing. Eventually, one more familiar face, Assistant Director Walter Skinner (Mitch Pileggi) makes an appearance to help save the day. 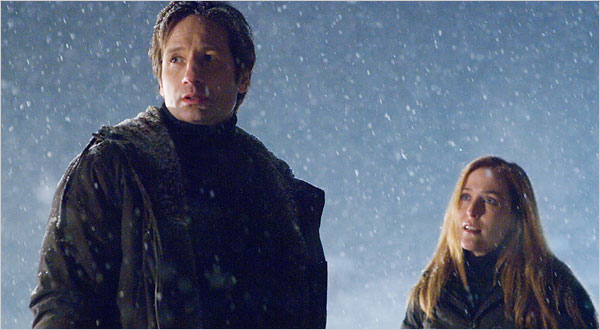 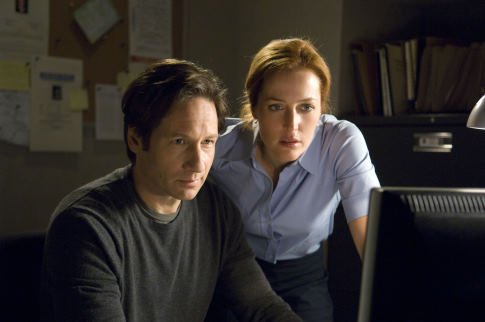 The X Files: I want to Believe has no aliens, no smoking man, and no conspiracies. It harks back to the early days of The X Files when Mulder wanted to believe and Scully didn't, and they were investigating all sorts of weird and wonderful phenomena like the liver fluke man (ick!). Chris Carter and Frank Spotnitz obviously wanted to take us back to a happier, simpler time. And I think that they are very successful in doing that. The X Files: I want to Believe has a fairly small well-contained plotline with the all the requisite ickiness. After the huge conspiracy that The X Files became by the end of its run, you kinda forget that it was basically a horror show in the beginning. In the new movie there's a few things thrown in for the X-Philes. Mulder still has a picture of his sister, Samantha, on the wall and the house he is living in looks a lot like the house they lived in when Samantha was abducted. At one point, Mulder goes back to FBI headquarters and he passes Vanessa Morley, the actress who played Samantha in the series and exchanges a long look with her. Also, while at FBI HQ, Mulder and Scully pause under pictures of George Bush and J. Edgar Hoover while The X Files theme suddenly plays in the background. 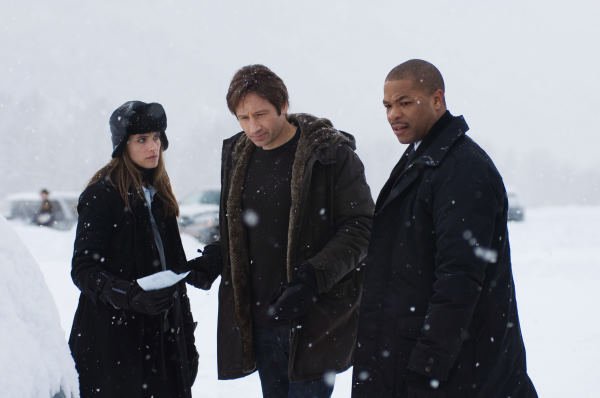 The supporting cast is quite good. Billy Connolly is a good actor when he puts his mind to it, and I like Amanda Peet. She was seen recently in the very entertaining, but disastrous Studio 60 on the Sunset Strip. The main Russian bad guy, Callum Keith Rennie, is best known for being the skin-job who is in love with Starbuck on the new Battlestar Galactica. He's cool. And it's nice to see Mitch Pileggi who played Mulder and Scully's FBI boss. The same can be said for Duchovny and Anderson. It's just nice to see them. The X Files: I want to Believe has received lots of flack from the critics but if you are a fan of The X Files, what's not to like? In this new movie, the creators of The X Files are trying to push the reset button, and I think in the main they have been successful. But I think that maybe The X Files time has passed. I will always want to believe, but you can't go back.