In the Bible, the story of the Tower of Babel explains why people all over the Earth speak different languages. Babel was located in a place much in the news these days: Iraq. Anyway, Babel is the name of the new film by Alejandro González Iñárritu (Amores Perros, 21 Grams). The theme of this film which combines three stories (pictured below) that are almost but not entirely unrelated, is communication or rather, the lack of thereof. Hence, the title of the movie. 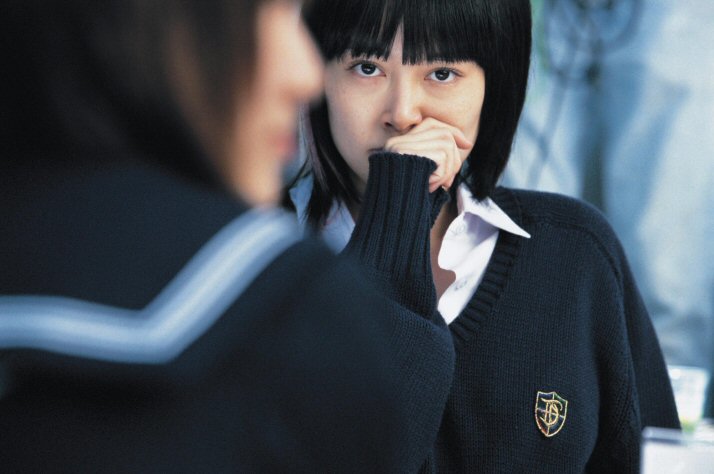 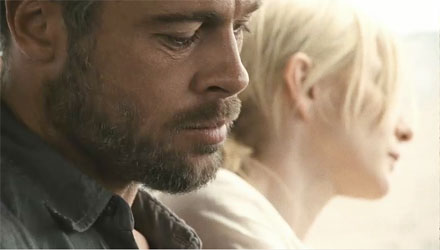 In the main story, a couple (Brad Pitt & Cate Blanchett) go on holiday to Morocco to try and reconnect with one another. Their alienation from each other is mirrored in their isolation from the people of Morocco all around them. While their tour bus is traveling through a remote area, Blanchett is shot accidentally by two young goat herders (Boubker Ait El Caid & Said Tarchani). All hell breaks loose as Pitt tries to get medical help for his wife from the tiny Moroccan village where they are stranded. The two boys got their rifle from their father, who had just bought it from another man, who had received it as a gift from a Japanese tourist. This sounds like six degrees of Kevin Bacon but it provides the only link to one of the other two stories contained in Babel. Its plot concerns the deaf teenage daughter (Rinko Kikuchi) of the man (Kôji Yakusho) who was the Japanese tourist in Morocco. This story has no real connection to the Moroccan story except when a police officer comes looking for Yakusho to ask about the rifle. Kikuchi, despite being deaf, is a typical teenager which means that her affliction is the least of her problems when it comes to communicating with her father. Both have been grieving the death of her mother but it has driven them apart. The third story is more closely connected to the Moroccan plot. It concerns the two children (Nathan Gamble & Elle Fanning (Dakota's little sister)) of Pitt and Blanchett who are back in California with their Mexican nanny (Adriana Barraza). When she finds out that Blanchett has been shot and the parents won't be back on time, she is in a quandary. Her son is getting married down in Mexico. She is unable to find anyone to take care of the children so she decides to take them with her. They drive down to the wedding with another family member (Gael García Bernal). It is easy to get into Mexico but difficult to get back into the US. The group are confronted at the border by a officer (Clifton Collins Jr.) who is suspicious of the gringo kids with the Mexican adults. All hell breaks loose.

Babel is well put together technically, has nice cinematography and great music by Gustavo Santaolalla (Brokeback Mountain), but I only felt an emotional connection with the Japanese part of the movie. It was more real and less Hollywood than the other stories and accomplished it all much more quietly. The biggest stars in the movie are onscreen the least. Pitt and Blanchett are in less than 1/2 of 1/3 of the movie. The Moroccan story is much more about the two young brothers who end up shooting Blanchett. And the other well-known actor, Bernal (Y tu mamá también, The Motorcycle Diaries) only plays a supporting role in the Mexican story. The cast is great, of course, although Pitt and, particularly Blanchett, are a bit wasted in their roles. Bernal does very well with his part as the troubled young illegal immigrant as does Barraza as the nanny. But Rinko Kikuchi steals the movie as the troubled deaf girl.

As I said, Babel tells three stories that are somewhat connected. It is yet another collaboration between Iñárritu and Guillermo Arriaga, who writes the screenplays, following Amores Perros and 21 Grams. But it may be the last because they have had a public falling out over who should get the most credit for Babel. This new film has similar themes to their previous work. They all deal with the effects of freak accidents on people strangely connected like they are in an Altman film or a Dickens novel. In Babel, the connection of the Moroccan plot with the Mexican plot makes sense but the third plot only has the most tenuous connection. This leads me to believe that Iñárritu and his now ex-screenwriter, Arriaga, had this great idea for a story about a deaf teenage girl in Japan and they just stuck it in. That's how it feels. During the scenes set in Japan, it feels like you are in a completely different movie that has somehow been edited into the movie you are watching by mistake. Each of the three stories is compelling on its own, but I found the flipping between stories quite jarring. But it's worth seeing Babel just for the Japanese story and Rinko Kikuchi's performance.