This movie really wants to be The Matrix but it isn't. When Orson Welles was making Citizen Kane, he hadn't actually directed a film before so he watched John Ford's film, Stagecoach, 40 times to learn technique. I think that Timur Bekmambetov, the director of Wanted, watched The Matrix 40 times before making this film. It's not just the similarities of characters as illustrated in the photos below, but also the plot and the action scenes including many involving the now hackneyed bullet time. The only innovations in Wanted are that the slow-motion bullets often smack into each other, and the around-the-corner gun. The latter is actually a great idea. The user can point it around a corner, aim and fire. But where was I? Oh ya, The Matrix. I know The Matrix and Wanted is no Matrix. I've probably watched The Matrix 40 times, so I could have directed this movie. Who knew? I would have made all the cast wear designer sunglasses. 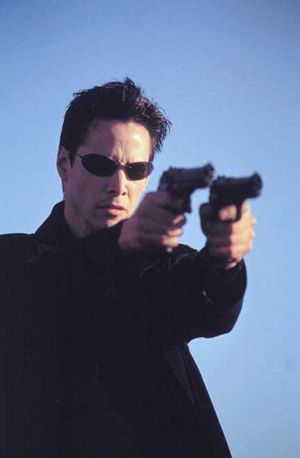 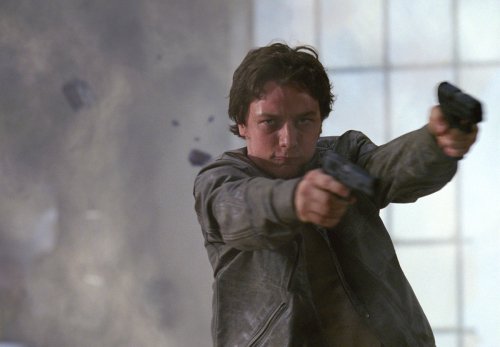 The setup of Wanted is a bit different than The Matrix. A young man, i.e. Neo (James McAvoy) is in a dead-end job that he is always almost getting fired from. He yearns for life to have more meaning if he could just figure out how. He is approached by an exotic woman, i.e. Trinity (Angelina Jolie) who whispers in his ear and then whisks him off to a new life where he and his friends have superhuman capabilities which are used to save the world from evil. Their main superhuman ability is to shoot a bullet around a corner without using the cool the around-the-corner gun. Ok, they are assassins, but they are only killing the really bad guys. Their tag line is, "Kill one, save a thousand." The group is led by an older, erudite African-American man, i.e. Morpheus (Morgan Freeman). The group is being hounded by an unstoppable foe, i.e., Agent Smith (Thomas Kretschmann), who wants them all dead. There's even a guy (Terence Stamp) who is a bit like The Keymaker, who makes the special bullets that can fly around corners. 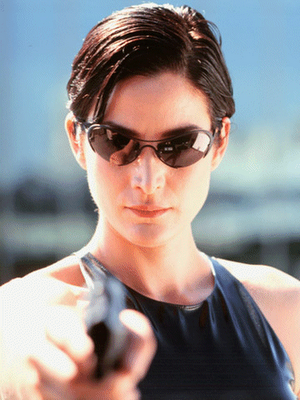 Then there's the mumbo jumbo. I'm talking about the all important backstory that makes the action in the film believable. In the case of The Matrix, it was mumbo jumbo, but it was really cool mumbo jumbo. The Matrix had a certain internal consistency within the movie so that one's suspension of disbelief wasn't hard to achieve. In Wanted, not so much. The assassins are known as The Weavers. It is not just a cover. They are actually weavers. They hang out in a factory full of looms. One of the looms in some magical fashion, that they never even attempt to explain, delivers digital messages through the structure of the threads in the weave. The message is the name of a person who must be killed. They don't ask questions about who the person is and why they need to be killed. They just do it. I can't say anymore without spoiling what plot there is, but there are some surprising twists and not everyone is who we think they are. 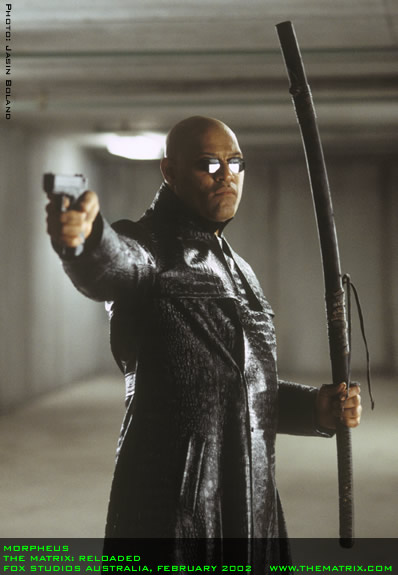 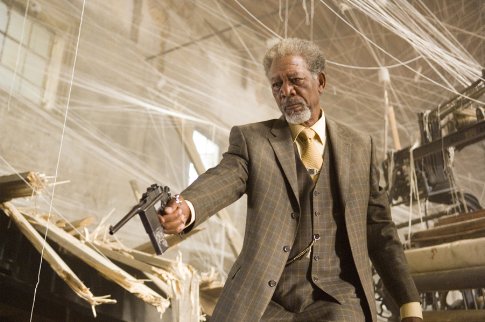 Wanted has a really wonderful cast, who are also well cast in their roles. Morgan Freeman is, well, Morgan Freeman. He can do no wrong. He isn't exactly stretched here, but he is always a joy to watch. Ditto for James McAvoy, who is as enjoyable a young actor as we have around today. Angelina Jolie is a bit of a revelation. She is great as the Trinity-esque mentor to young McAvoy. Jolie is starting to carve out an action hero rep which few woman other than maybe Sigourney Weaver as Ripley have done before. Jolie was a wonderful Lara Croft and she so kicked Brad Pitt's butt in Mr. and Mrs. Smith. In fact, she was already kicking butt in her breakout film, Hackers, which came out in 1995. If you haven't seen Hackers, it is worth putting on your Netflix list).

The director of Wanted is Timur Bekmambetov, a director from Kazakhstan who specializes in Russian vampire movies. This is his first Hollywood flick. Wanted isn't exactly bad, but like I said, it looks like he watched The Matrix 40 times and copied all the scenes. It also doesn't have a screenplay that measures up. The Matrix, was put together with loving care by the Wachowski brothers, who appear to have been philosophy majors in college. It has an amazing complexity, coolness and above all freshness, that is lacking in Wanted now that a hundred Matrix wannabe movies have been made. It's too bad because Wanted is almost good, i.e. it's worth putting on your Netflix list for Saturday night at home but I wouldn't rush out to see it.