Waitress is a sweet little movie which was shown at Sundance this year and has some nice buzz at the box office. But if you know the story behind it, then it's almost too sad to watch. The writer/director of Waitress, Adrienne Shelly, who also co-stars in the film (the waitress on the right below), was murdered in her apartment in New York City last November, just a few days after it was announced that the film would be shown at Sundance.

But back to the film. Waitress is the story of, yes you guessed it, a waitress (Keri Russell), who works at a small town diner. I think the story is set in the present day but it could almost be almost any time. It is a bit retro in that the waitresses wear uniforms and phone calls are made from pay phones. Russell is unhappily married to a nasty piece of work (Jeremy Sisto), and is unhappily pregnant as well. But she is determined to have the baby. She falls in love with the new doctor in town (Nathan Fillion) and the feeling is mutual. But he's married too. The rest of the little cast includes Russell's fellow waitresses (Shelly and Cheryl Hines), and the diner's owner and best customer (Andy Griffith). Russell is known as a genius at making pies which she names according to her mood, usually depressed, of the day. 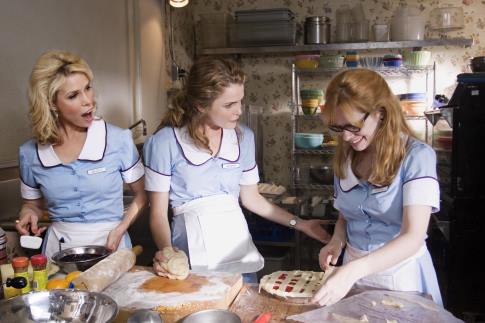 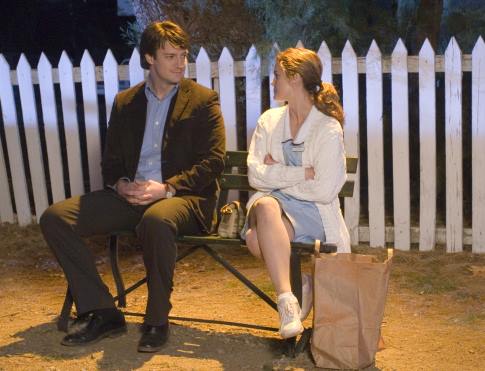 Keri Russell has been around for a while now, but she is still best known for getting her haircut while she was in Felicity. She has been trying to break out of this mold recently. She was one of the daughters in The Upside of Anger, and was a gun-toting IMF operative in Mission Impossible III. But this role in Waitress was made for her and she makes the most of it. Her character is very sweet but is balanced with lots of ennui. Plus Russell has a nice chemistry with Nathan Fillion, who is now one of my favorite actors since his turn as Captain Mal Reynolds on Firefly and Serenity. The other two waitresses, Shelly and Hines, provide lots of comic relief. And Andy Griffith, looking good at age 81, does a great job as the curmudgeon with a heart of gold. The only weak points in Waitress are the spouses. Jeremy Sisto, who plays Russell's good-for-nothing husband, is just way too one-dimensional. Why would she have ever married this guy? And Fillion's wife, is almost non-existent. We know why Russell wants out of her marriage, but Fillion's wife, when we see her, seems perfect. Filling out the cast is Eddie Jemison (Ocean's Eleven) as a too-goofy poetry-spouting boyfriend for Shelly.

Waitress is by no means a great movie. It is a typically rough Indie movie by a young writer/director. But it has a lot of heart. This film skates right at the edge of being too sickly sweet but it never falls off. This isn't a happily-ever-after movie except maybe until the last scene, but then it's not the happily-ever-after movie that you thought it was going to be. Waitress has a nice little edge to it, a little coffee to go with the pie. It's definitely worth a look but it's also sad that Shelly won't get a chance to improve on this movie.