Thank God that Woody Allen moved to Europe. He should just stay there. Just like Roman Polanski, well Woody doesn't have an arrest warrant waiting for him, but Woody should pretend that he does. Ok, he wasn't charged with the statutory rape of a 13-year-old like Roman was, but he did marry his daughter. In Europe, people don't care about little things like that. So there's a lot less stress. Whatever the reason, being in Europe has been good for both Polanski and Allen. Polanski directed the semi-autobiographical, The Pianist, which won three Oscars including Best Director. Polanski couldn't pick up his Oscar in person. And Woody never went to the Oscars anyway because they always had it on his Jazz night. Anyway, since he has been in Europe, Woody has had a renaissance. He made one very good movie, Match Point and one good movie, Scoop, both in London as well as one not-so-good movie, Cassandra's Dream. Ok, two out of three ain't bad. And now Woody has made a really good movie in Spain, Vicky Cristina Barcelona. 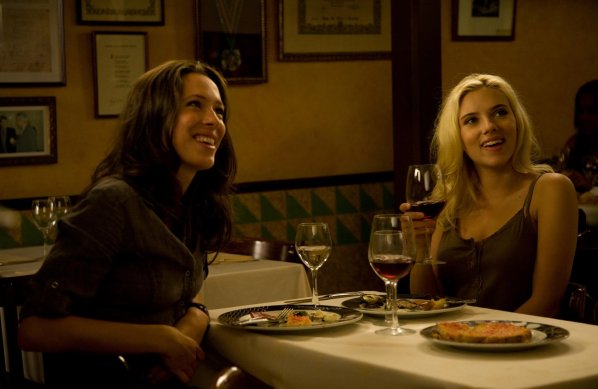 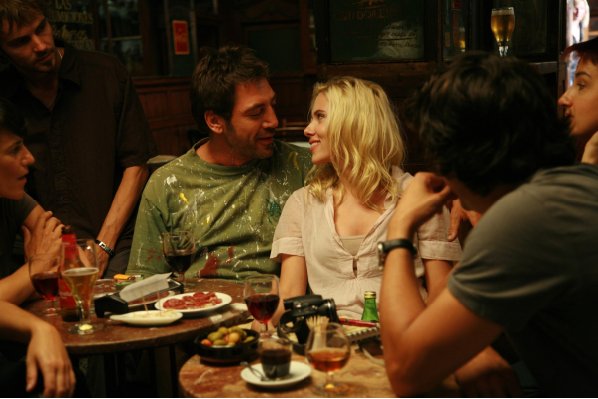 Vicky Cristina Barcelona is about two young women, Vicky (Rebecca Hall) and Cristina (Scarlett Johannson) who take a vacation in Barcelona (in case you were wondering about the title). They are staying with a friend (Patricia Clarkson) and her husband (Kevin Dunn) who introduce them to the art world of Barcelona. They meet a hunky young painter, Juan Antonio (Javier Bardem). He sets the tone for the movie by asking the girls to join him for a threesome the first time they meet. But Vicky Cristina Barcelona is much more complicated than just a threesome. Cristina is fancy free, but Vicky is engaged to a strait-laced Wall-Street type (Chris Messina). And Juan Antonio is on the rebound from his breakup with a fellow artist Maria Elena (Penelope Cruz). Anyway, Vicky and Cristina are both attracted to Juan Antonio but Vicky holds herself back (she is engaged) except for one glorious night. Cristina doesn't hold back and she is soon living with Juan Antonio. All is well until Maria Elena comes to live with Juan Antonio and Cristina. She is recovering from a suicide attempt. She and Juan Antonio broke up after she tried to stab him. Anyway, Cristina is wary at first but soon the three of them are literally a threesome. (Before you get too excited about Bardem, Cruz and Johannson having sex together, I should say that Woody Allen, for all his faults, is very discreet on the screen.) Vicky's husband arrives in Barcelona and they get married even though Vicky is still dreaming about Juan Antonio. Even Patricia Clarkson's character gets in the act, and has an affair. But all these people thrown together in Barcelona won't/can't get along in the long run, especially since all the women wish they were sleeping with Juan Antonio. Anyway, things start to spiral down and some unhappiness happens. I will say no more. But the theme of the movie is spoken by Maria Elena when she says, "Only unfulfilled love can be romantic." 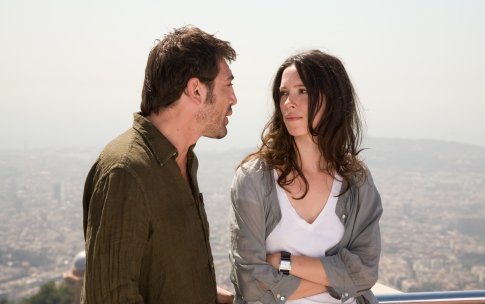 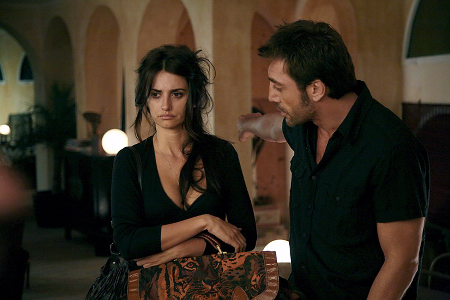 I really loved Vicky Cristina Barcelona. It's a lot of fun, and the twists and turns of the plot are very well done. The writing and directing by Woody Allen are fab, and the cast is fantastic. To a large extent this is the story of Vicky who is played by the one non-star in this film, Rebecca Hall. She is a revelation as the repressed and yet unrepressed Vicky. I've seen her in only one movie before, The Prestige, where she played Christian Bale's unhappy wife. Hall was very good in that movie too. (BTW, she is the daughter of Sir Peter Hall, former director of both the Royal Shakespeare Company and the National Theatre.) But it is Javier bardem who makes Vicky Cristina Barcelona sizzle from the first time he walks onto the screen. The bad haircut he had in No Country for Old Men is immediately forgotten. It's not hard to believe that Penelope, Scarlett and Rebecca all want to sleep with Javier. Hell, even I want to sleep with him. But the movie really takes off when Penelope Cruz arrives halfway through the story. Her on-screen chemistry with Bardem is amazing. The two of them literally explode off the screen. The scene where she arrives, bedraggled and spouting Spanish with Bardem telling her over and over to speak English in front of Johannson, is hilarious. Scarlett can only stand around and watch with us. It's not fair to her since she's not a bad actress but Cruz and Bardem blow her off the screen. Hall does the same. But maybe none of this could happen without Johannson around. It's possible that it wasn't Europe that made Woody a good filmmaker again. Maybe it was Scarlett. This is the third movie he's made with her after Match Point and Scoop. She seems to be his Muse.

Seeing Vicky Cristina Barcelona made me feel both young and old. When I saw Pineapple Express with my dad, we were the two oldest people in the theatre. But when I saw Vicky Cristina Barcelona with my friend Jan, we were the two youngest people in the theatre. It's only the second time I can remember seeing a movie where everyone in the audience was a member of AARP. The other movie was Possession. But apparently Woody's fans, who were young in the summer of love, have been aging along with him. He's 72 years old now. Unfortunately, Woody's next movie, Whatever Works, was shot in New York City. I'm hoping that some of Europe rubbed off on him or that Evan Rachel Wood can take over as his Muse, because I don't want him to get back into that old rut. I want him to be Euro-Woody, making movies where Javier Bardem has a nice haircut and says things like, "I was in love with the most incredible woman and she put a knife in me." Even if you don't remember the summer of love, you should go see Vicky Cristina Barcelona.