Spencer Tracy was nominated 9 times with two wins, Laurence Olivier was nominated 9 times with one win, Jack Nicholson has been nominated 8 times with three wins, and Paul Newman has been nominated 8 times with one win. On the women's side, Katharine Hepburn leads with 12 nominations and four wins, followed closely by Meryl Streep with 11 nominations and one win, and Bette Davis with 10 nominations and two wins. But among actors with at least 8 nominations, only Peter O'Toole has no Oscars to show for it. The photos below show his Oscar nominated roles, starting with Lawrence of Arabia in 1962, twice for playing Henry II in Beckett and A Lion in Winter, then Good Bye Mr. Chips, The Ruling Class, The Stunt Man, My Favorite Year, and finally in Venus (with Jody Whittaker). 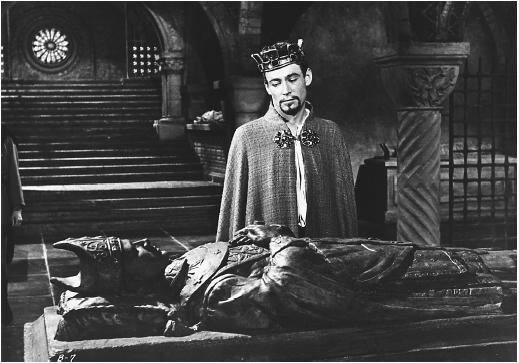 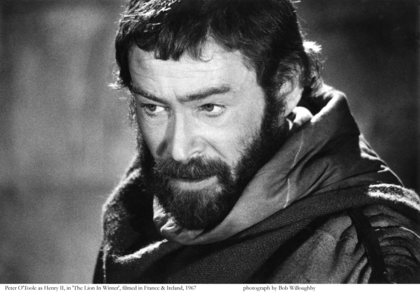 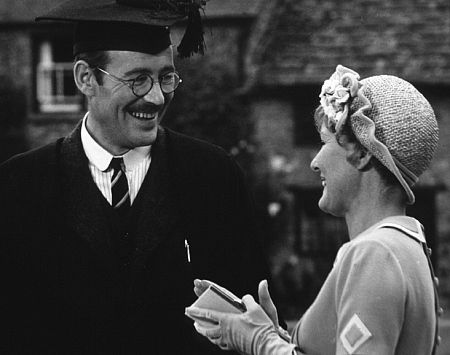 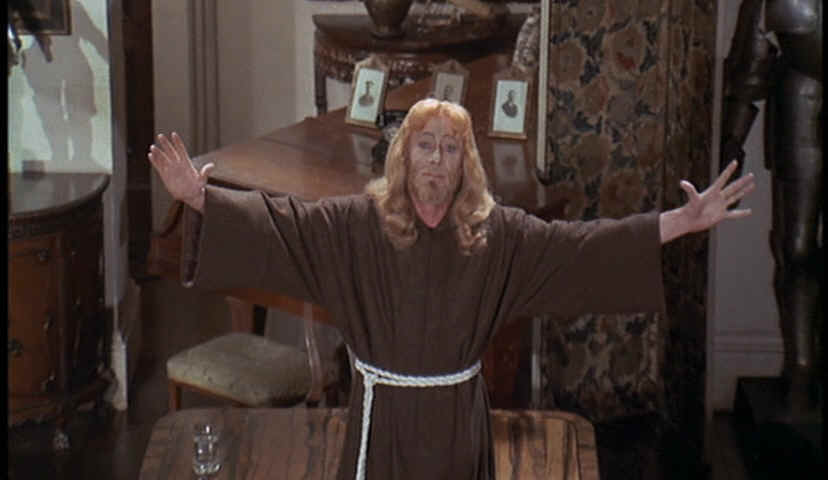 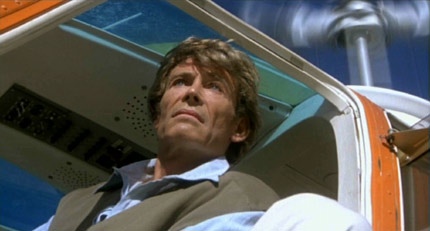 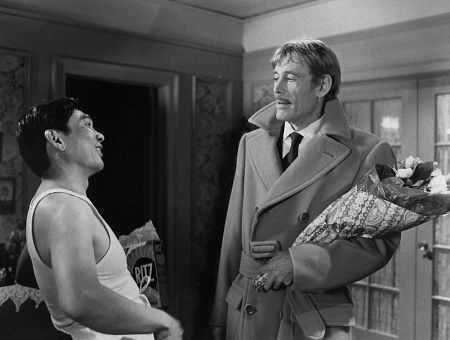 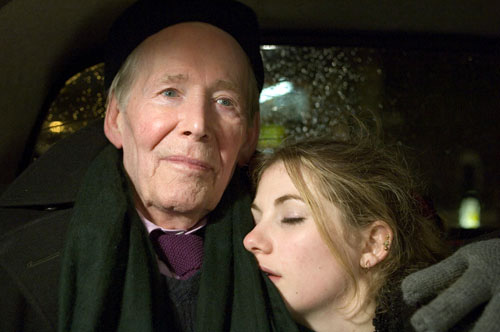 After a gap of 25 years, O'Toole was nominated for an 8th time this year for his role in Venus. He plays a famous old actor known for his enjoyment of wine, women and song. In other words, Peter O'Toole is playing himself in Venus. He was also basically playing himself the last time he was nominated for My Favorite Year. In Venus, O'Toole plays a man, in failing health, who is not yet ready to cash in his chips. So even though he is battling prostate cancer, he continues working, and hanging out with his best friends (Richard Griffiths & Leslie Phillips). He also stays in touch with his ex-wife (Vanessa Redgrave). The routines of the old guys are upset when a young woman (Jodie Whittaker), the niece of Phillips, comes to stay with him, purportedly to help out around the flat. But being a typical 20-something young thing in London, she is more interested in alcohol, boys and finding a modeling job. She's a lot like Peter O'Toole actually. Anyway, it's all too much for Phillips so he calls in his best mate, O'Toole, to deal with Whittaker. He finds her a job, modeling (nude) for an art class, takes her to art galleries and pubs, and generally acts like a dirty old man. Whittaker is by turns attracted to, and repelled by, this bon vivant 50 years her senior.

Watching the trailer for Venus, I began to wonder about the "ick" factor. But I have to say that the movie deals with it very well. O'Toole is a dirty old man, but the young woman, while a bit fascinated by him or at least wanting for him to pay for things, is never attracted by him. She does lead him on a bit, like I said, mostly to get him to buy drinks and frocks. But it is a bit a death spiral for both of them. And Venus is about whether Whittaker can pull herself out of it. O'Toole is at death's door anyway. There's nothing too complex about the plot. Venus is a coming of age film, and a last love in old age film, both at the same time. The cast is fantastic. To call them "old pros" doesn't do them justice. O'Toole, Griffiths (The History Boys) and Phillips (voice of the Sorting Hat in Harry Potter) are just what friends of 50 years should be. I can see myself and the boys being like that in about 20 years. Vanessa Redgrave has a tiny part as O'Toole's ex, but she shows that she hasn't lost a step, even though she and the rest of them are looking very old. Makes me feel old. The newcomer to all this is Jodie Whittaker. This is her first feature film after doing a bit of TV work. But she does very well considering the intimidating actors that she is up against. And the director, Roger Michell (Notting Hill), is smart. He just sets up the camera and lets the actors go. The result is well worth watching.