There are quite a few similarities between the new fantasy/comedy Stardust and one of my all-time favorite films, The Princess Bride. The latter film is celebrating its 20th anniversary this year, and you should all put it on your Netflix list for the occasion. Pictured below, we see the hero and heroine of Stardust (Charlie Cox & Claire Danes) (below left) and of The Princess Bride (Cary Elwes & Robin Wright) (below right). Both films were adapted from books by William Goldman and Neil Gaiman, respectively. Both are fractured fairy tales. Stardust is the story of a young man (Cox), who grows up in a little town in England near a wall that no one is allowed to cross. It is guarded by an old man (David Kelly) who, despite his black belt in Karate, can't prevent Cox nor his father (Ben Barnes/Nathaniel Parker) from crossing the wall. Needless to say, there is a supernatural world on the other side of the wall, complete with princes and princesses, witches and all manner of strange folk with strange powers. Included in this menagerie are a dying king (Peter O'Toole) who is encouraging his seven sons to kill each other, a dying witch who wishes to regain her youth (Michelle Pfeiffer), a cross-dressing pirate (Robert De Niro), and a star (Danes) (not the Hollywood kind of star), who has fallen to Earth. Cox rashly swears to go and retrieve the fallen star for the blonde bimbo (Sienna Miller) who he thinks he's in love with. But when he finds the star that is Claire Danes, this changes things a bit. It takes Cox quite a while to choose between Miller and Danes. Duh! Meanwhile, Pfeiffer and her two witch sisters need to eat Danes to regain their youth, and O'Toole's seven sons, well, those who are still alive, need to retrieve the ruby around Danes' neck to become king. Much hilarity ensues. 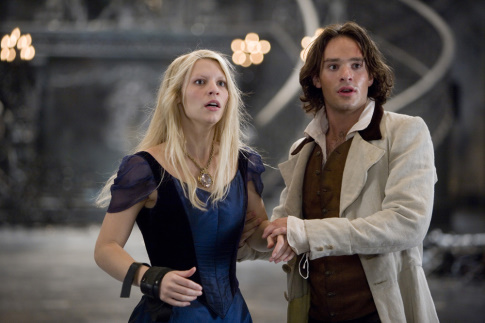 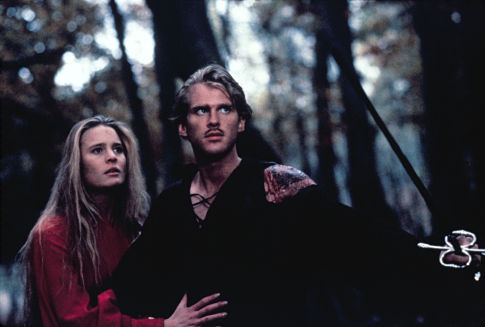 Like The Princess Bride, there are lots of nice campy cameos. In addition to O'Toole and De Niro, we get Ricky Gervais (The Office) as Ferdy the Fence, and Rupert Everett as one of O'Toole's sons. It is so nice to see Michelle Pfeiffer again. She has been missed. Her last movie was White Oleander in 2002. But this year, she has two films out (Stardust & Hairspray), so maybe she is back in the saddle now that her kids are growing up. Pfeiffer is very good as a witch. Of course, she has played a witch before in The Witches of Eastwick. Actually, she was much scarier as the stone-cold, killer mom in White Oleander. The two leads in Stardust, Cox and Danes are both very good, and have a good chemistry together. It's nice to see that Danes is coming out of a long period of minor roles (The Hours, Igby Goes Down, The Family Stone) and doing more starring roles (Shopgirl, Evening, Stardust). Charlie Cox had a small part in Casanova, but otherwise he is new to me. I won't say that De Niro's role works completely, but maybe he always wanted to play a transvestite pirate. I hope that Sienna Miller isn't just playing herself here. Most of her other roles (Alfie, Casanova) have had at least a glimmer of intellect. And, look for David Kelly (Waking Ned Devine, Charlie and the Chocolate Factory), age 78, as the guardian of the wall. He is great. 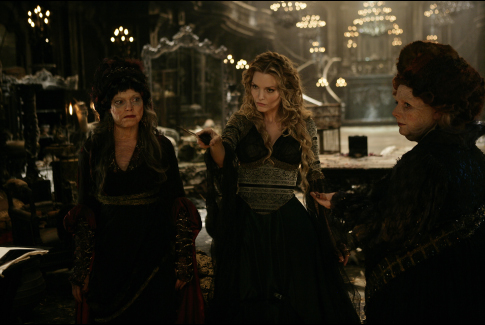 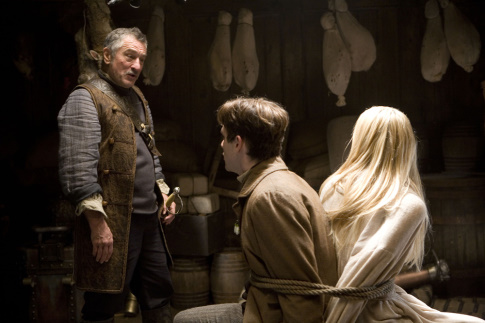 Stardust isn't quite up to the gold standard set by The Princess Bride for fairy-tale satire. The Princess Bride had a nice slightly nasty edge to it that gave the silliness a little more impact. And it had a great supporting cast of Wally Shawn, Andre the Giant, Mandy Patinkin, Billy Crystal et al., and a very funny script, including the iconic, "My name is Inigo Montoya. You killed my father. Prepare to die." But Stardust is very fun and also quite sweet. It's got very good word of mouth. Everyone I know who has seen it, has liked it. Try and see it before it disappears.