The first thing that I need to say is that Anne Hathaway is the star of Rachel Getting Married but she is not Rachel. This little irony is a microcosm of the plot of Rachel Getting Married. Rachel (Rosemarie DeWitt) is getting married to a muscian (Tunde Adebimpe) but her sister Kim (Anne Hathaway) keeps making the wedding all about her. At least, that's how it seems at first. It seems that Kim is a spoiled, troubled young woman who gets out of rehab just in time to try and spoil her sister's wedding. Sparks fly immediately. Kim muscles the maid of honor (Anisa George) aside and takes her place, runs into the best man (Mather Zickel) at an AA meeting and is soon shagging him, and starts playing off her father (Bill Irwin) and sister against each other. The sisters' parents are divorced and remarried. Their father is overprotective and their mother (Debra Winger) is very detached emotionally. But as the events surrounding the wedding unfold, it becomes evident that this isn't just another dysfunctional family. We learn very early in the film that the source the family's undercurrents of pain and despair is the death of Kim and Rachel's younger brother several years earlier. Each member of the family is still dealing with grief, pain, and guilt. Their collective repressed feelings, which have not been dealt with until now, well up to the surface for all to see. Basically, all hell breaks loose. 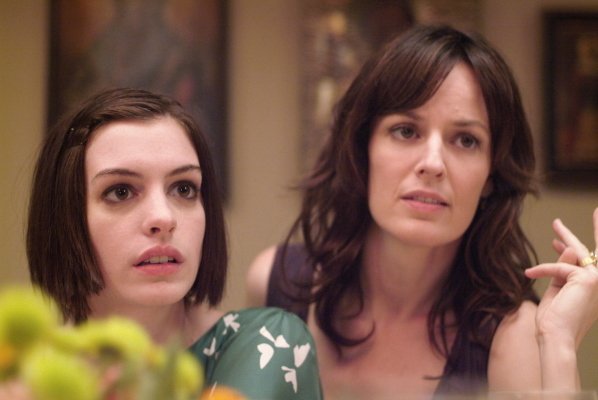 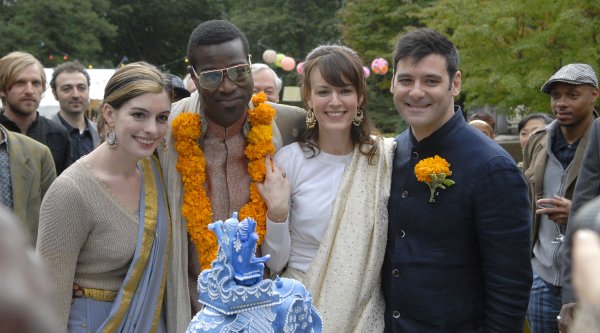 Rachel Getting Married might look at first glance as if it might be yet another light wedding comedy or at least a dramedy. Certainly, the trailer tries to make the movie look as light as possible. I think the makers of Rachel Getting Married are worried that no one will want to see a downer of a movie. But actually, Rachel Getting Married is well worth watching because it is surprisingly raw and honest in following the family during the wedding. They should all be in group therapy but the wedding serves that purpose. Since burtsing on the scene in The Princess Diaries, Anne Hathaway has made some smart decisions about which movies to make (Brokeback Mountain, The Devil Wears Prada) and some not so smart decisions (Get Smart). But doing the Rachel Getting Married was very smart and Hathaway is a revelation in the role of Kim, who is so guilt stricken about her role in her brother's death, that she believes that she shouldn't and can't ever be happy, and neither should anyone else. So this comes to a head on what should be her sister's happiest day. 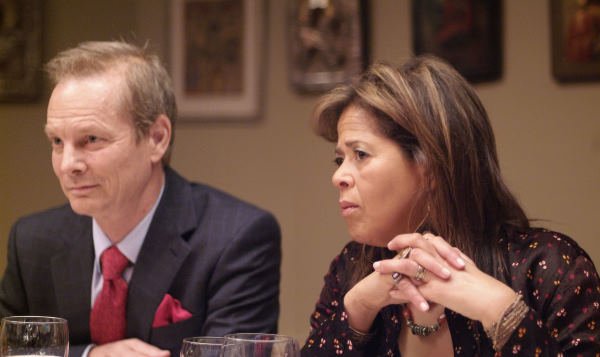 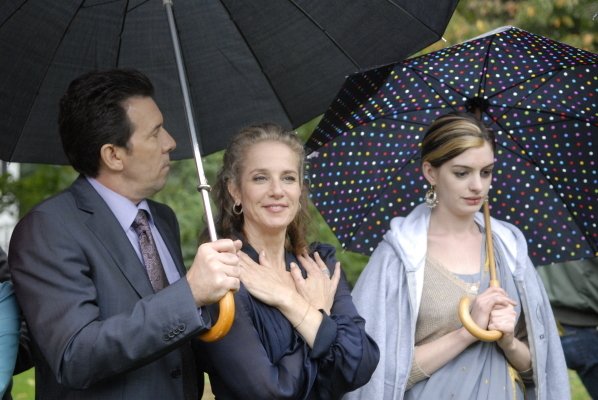 The rest of the cast is uniformly strong. It has to be to balance the blasts coming from Hathaway as she bounces off the walls as Kim. They all have some very emotional scenes with Hathaway. Some of them are almost painful to watch. Rosemarie DeWitt, who I really haven't seen before except for a small role in Cinderella Man, as the titular Rachel gives as good as she gets. The rest of the supporting cast includes Bill Irwin and Anna Deavere Smith as the sisters' father and step-mother, and Debra Winger as their mother. I have to say that it is wonderful to see Debra Winger. She has been pretty much MIA for the last ten years or so. There's a very interesting documentary called, Searching for Debra Winger, in which many actresses over the age of 30 are interviewed about the choices that they have made between work and family. Anyway, it's nice to see her back in a movie. 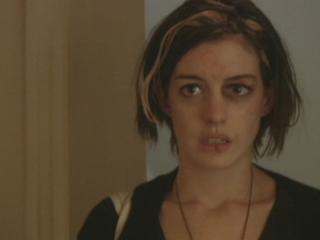 I was surprised or maybe shocked is a better word about how tough and uncompromising this movie is. Kim's death spiral in Rachel Getting Married is frightening to watch. The movie has been directed in an almost documentary style by Johnathan Demme. He knows something about how to make emotional, jarring films. He directed Philadelphia and The Silence of the Lambs. Rachel Getting Married was written by Jenny Lumet, who is the daughter of Sydney Lumet. It's a very good film and Anne Hathaway will probably get an Oscar nomination for this role. This movie has been in limited release but it's well worth seeing if it comes to your town. Just don't see it if you are having a bit of a down day.