Last year, George Clooney made a really good film called Syriana. I loved it, but a lot of people just threw up their hands while watching the movie because they couldn't or wouldn't keep track of the myriad subplots and characters. Syriana also introduced us to the fat, not quite The-Sexiest-Man-of-the-Year George Clooney (See picture below left). Now he has a new movie out. It's just as good as Syriana, but has a much more straightforward plot, and this time, George looks good, very good (See picture below right). He always seems to pick parts where he has to dress well and he looks very nice in Michael Clayton. Where was I? Oh ya, Michael Clayton, no relation of mine, BTW. This film is about a lawyer (Clooney) for a big law firm, that is defending a major class action suit for a pesticide company. He isn't the lawyer (Tom Wilkinson) who is actually defending the case. Clooney is the fixer. When someone has a problem, he is called in. If Harvey Keitel were playing this part, he'd be called, "The Cleaner." Anyway, Wilkinson goes nuts at a deposition and strips naked, so Clooney gets a call. The senior partners at his firm (Sydney Pollack & Michael O'Keefe) are very concerned that they will lose their client, and the clients (Tilda Swinton & Ken Howard) are so worried about their case, which has been dragging on for 10 years, that they are willing to kill people. They have some Blackwater types (Robert Prescott et al.) on retainer, and they soon get a call to start watching Wilkinson. When Clooney gets involved, he soon has reasons to watch his own back. 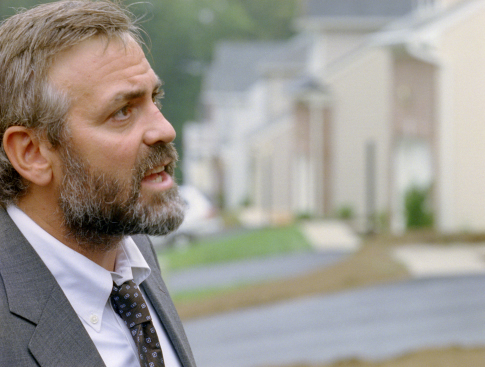 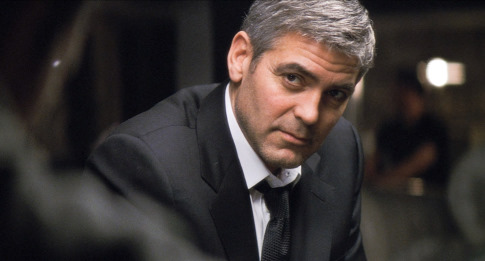 I really enjoyed Michael Clayton. It's very well put together by first time director, Tony Gilroy who wrote also wrote the nice script. He was the screenwriter for the Bourne movies. I guess watching while all those action flicks got made was good preparation for directing. George Clooney is great. He's not a character actor but he is great at playing George Clooney. And he is making some really good, interesting movies (e.g., Syriana, Good Night and Good Luck, Ocean's Eleven, Confessions of a Dangerous Mind, O Brother, Where Are You?). Since leaving ER, Dr. Doug Ross has done very well for himself. Michael Clayton has a fabulous supporting cast led by Tom Wilkinson (seen below right) who may be the best actor out there right now. He is the classic British character actor. He can play anything and anyone, and do it perfectly. Just a few of his great roles include, In the Bedroom, Eternal Sunshine of the Spotless Mind, Shakespeare in Love, and The Full Monty. In addition to Wilkinson, Tilda Swinton (below left) is very good as the corporate CEO selling her soul, and Sydney Pollack, director of The Way We Were, Tootsie, and many more, is very good in one of his infrequent acting roles as Clooney's mentor. Michael O'Keefe (The Great Santini) appears from whatever planet he has been on to play the head of the law firm. 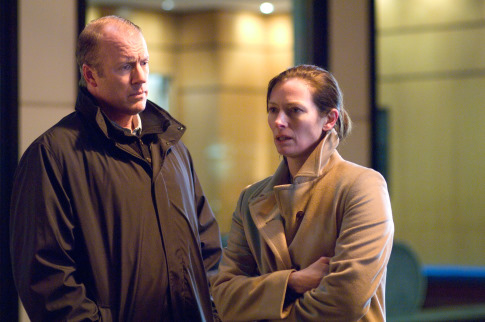 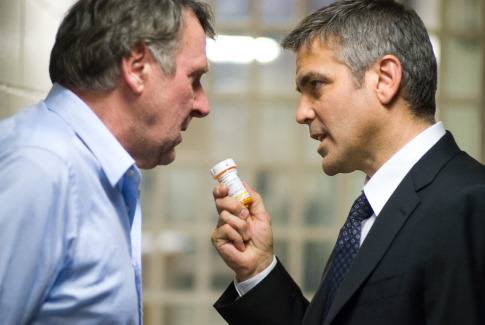 Michael Clayton is definitely more straightforward plotwise than Syriana but it is still presented with an interesting and not totally linear timeline. The movie begins at the end and then flashes back to Michael Clayton's story which covers just a few days. This film has a great pace and never gets draggy in the middle, building up to a satisfying climax. I think this is one of the best movies of 2007 so far. It's worth going to see and George Clooney is very pretty to look at.