Last year, the runaway Indie hit was Little Miss Sunshine which ended up with a healthy $60 million at the US box office and got four Oscar nominations including Best Picture and won one for Best Supporting Actor (Alan Arkin). This year, it is Juno. As of today, it has raked in an incredible $118 million at the US box office, and it has been nominated for four Oscars including Best Picture. I thought Little Miss Sunshine was good but it wasn't in my Top Ten and I thought they crossed a line with the whole kiddie/beauty pageant/Jon Benet Ramsay subplot. But I have no such problems with Juno. It is a wonderful film. As you probably know, Juno is the story of a 16 year old girl (Ellen Page), who after having sex only once with her sort-of boyfriend (Michael Cera), finds that she is pregnant. This being a fairy tale, Page decides to give the baby away to a perfect couple (Jason Bateman & Jennifer Garner) who turn out to be less than perfect. Page's parents (J. K. Simmons & Allison Janney) are supportive but wish she had got a DUI instead of getting pregnant. Juno follows Page's pregnancy from conception to birth and it is a joy to watch. 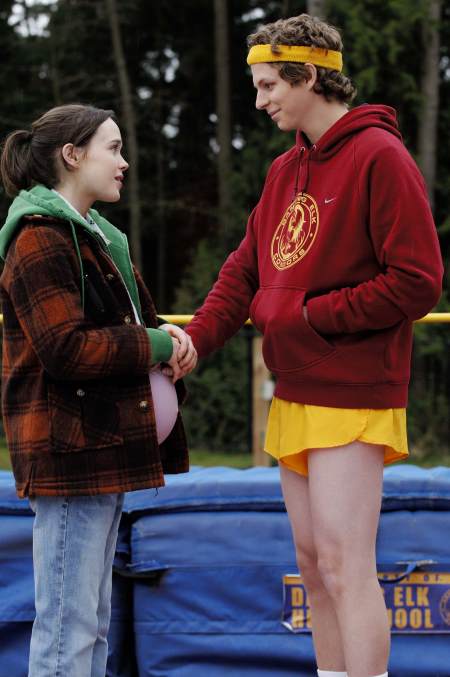 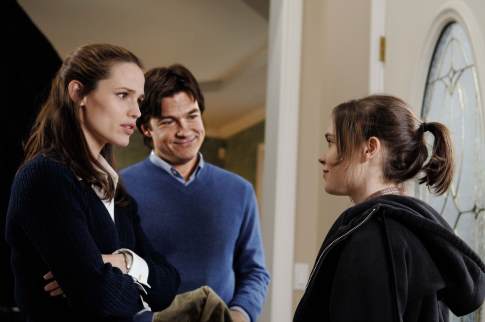 There's nothing special about Juno. By that I mean, there are no special effects, no car chases, no unexpected plot twists. But it turns out to be very special. This is mostly due to the screenplay by Diablo Cody, and the performance of Ellen Page. It is the breakout movie for both of them. Page is nominated for an Oscar for Best Actress. Cody is also nominated for her screenplay. For Page, it is her second breakout film. She was in a little thing called Hard Candy a couple of years ago, that had a lot of buzz, but turned out to be too scary for the audiences. I still haven't seen it. She also was one of the mutants in X-Men 3. But this time with Juno, I think people are noticing her. Besides Page, Juno has a great supporting cast. Her boyfriend is played by Michael Cera, who has singlehandedly reinvented the typical teen-movie high-school geek this year in Juno and also in Superbad. Justin Bateman and Jennifer Garner start off as painfully one-dimensional characters playing the "perfect" adoptive couple. But very soon their characters are headed off the reservation is opposite directions. J. K. Simmons (Spider-man) and Allison Janney (West Wing) are very funny as Page's supportive parents.

Anyway, Page is doing pretty well for a 20 year-old from Halifax, Nova Scotia. Oh yes, she is Canadian, as is Michael Cera, and so is the director of Juno, Jason Reitman. Reitman, the son of the famous Canadian director, Ivan Reitman, who directed Meatballs, Stripes, and Ghost Busters, is directing his second film in Juno after his nice debut with Thank You For Smoking. It's not clear whether the screenplay makes Page a better actor or whether Page makes the screenplay seem better. Let's just say that they are a great combination. In a way, Juno is a typical teen comedy, but it's always surprising you. Go see it.