Tony Stark makes you feel he's a cool exec with a heart of steel. As Iron Man, all jets ablaze, he fights and smite'n with repulsor rays! A blaze of power! Iron Man! Amazing armor! Iron Man! This was the theme song from the animated Iron Man series from 1966. Strangely, it still runs through my head from time to time. You can re-live the song on youtube. But be careful, you may be humming it for the next 40 years. Yes, Iron Man is back, as they try to make movies from every Marvel Comics superhero. At least, this is one that I've actually heard of, unlike some the obscure superheroes that they trot out. Iron Man starts off the summer movie season with a bang both literally and figuratively. It also sets the tone for a nearly all-male summer at the movies where Oscar winning actresses are relegated to roles such as Tony Stark's girl friday, Pepper Potts (Gwyneth Paltrow). There's a nice article in the NY Times about this today. 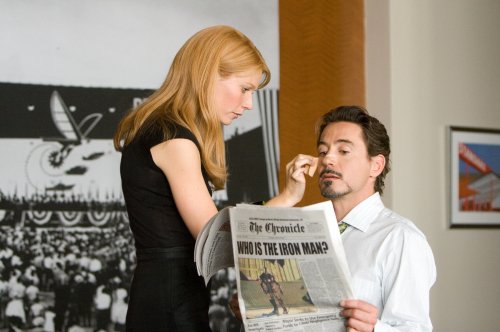 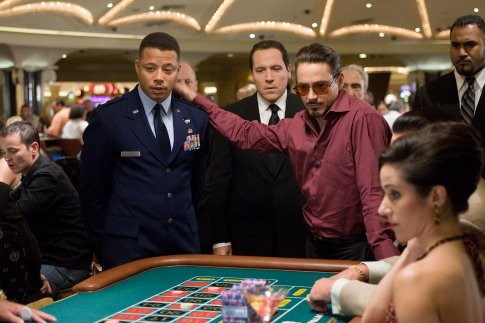 But Tony Stark (Robert Downey jr.) is back, somewhat updated to 2008. Stark Industries, led by Stark and his partner (Jeff Bridges), now makes high-tech weapons, which are being used by both sides in the war in Afghanistan. Stark is captured and held hostage by the Taliban while demonstrating his latest weapons system. The Taliban leader (Faran Tahir) wants Stark and another prisoner (Shaun Toub) to make smart missiles in a cave with a hammer and a blowtorch. Ok, Tony Stark is pretty handy. Anyway, Tony goes all Ned Kelly and builds himself some body armor instead. It has lots of features like jet boots and machine guns. He escapes but his fellow prisoner dies, and when he gets back stateside, Stark announces, much to the surprise of his partner (Bridges) and the military (represented with cool by Terrence Howard) that Stark Industries won't build weapons anymore. Stark gives up his playboy ways and retires to his workshop to perfect his Iron-Man suit, tended to only by the beautiful Pepper Potts. Meanwhile, Jeff Bridges morphs into the usual ultra-villain, and builds his own evil version of Iron Man. Then it gets a bit like RoboCop. 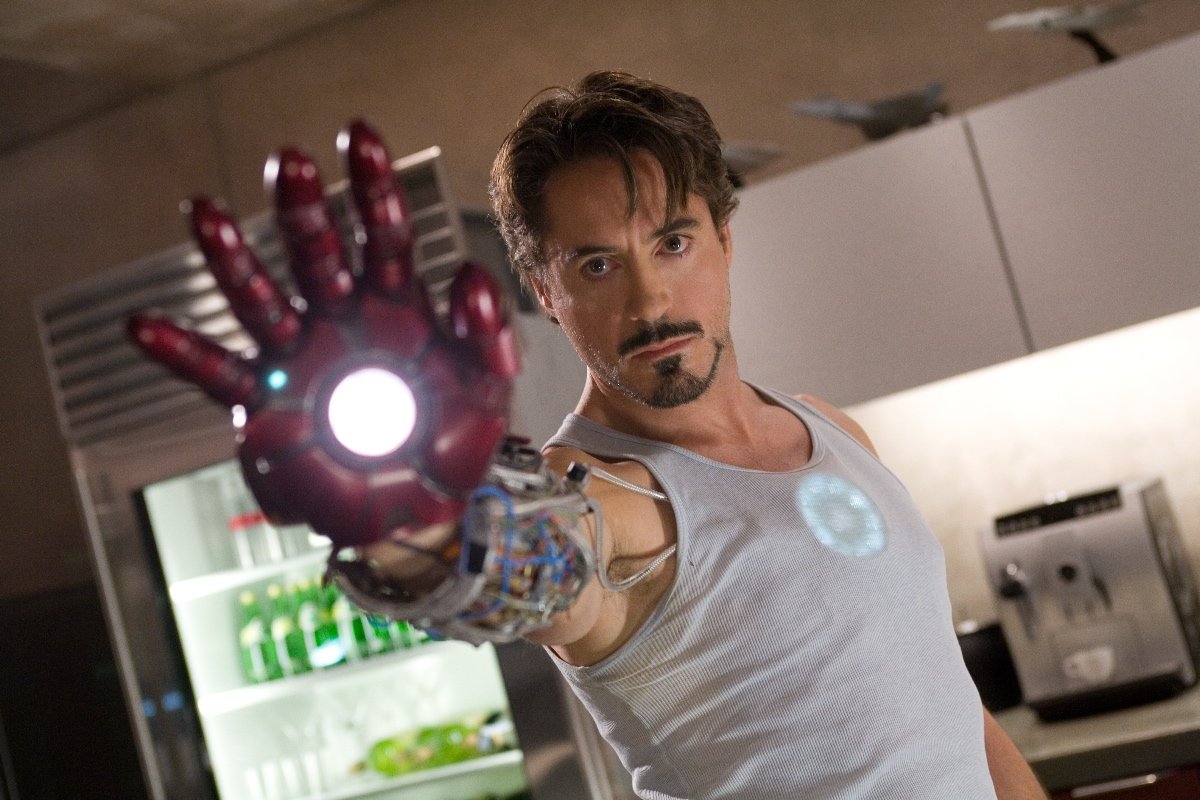 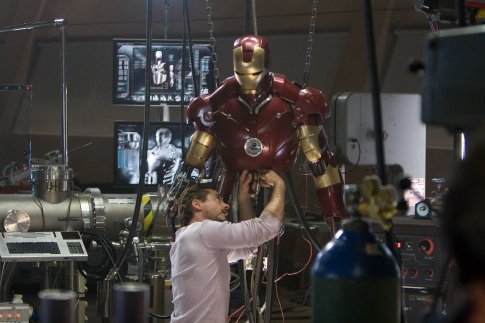 Iron Man is very well done. The director isn't first person who you might think of for a big action film. It's Jon Favreau, who started out as a stand up comic, then moved into acting in small parts (He plays the chauffeur in Iron Man above) and then went into directing (Elf, Zathura: A Space Adventure). Anyway, he did a good job. And it's written by a couple of guys (Mark Fergus & Hawk Ostby) who helped write Children of Men, another good choice. And that's the key for me. The Iron Man suit is cool and lots of stuff blows up, but you need a bit of story, and more importantly a bit of character. Besides Robert Downey Jr, who I love, Gwyneth Paltrow and Jeff Bridges are also favs of mine. They don't have as much to work with in the script, but they show that they are pros, and make their characters at least two dimensional. Paltrow has to work harder; she has to do it all in high heels. Terrence Howard, the new hardest working man in Hollywood, appeared in six films last year including Awake, August Rush, and The Brave One. In Iron Man, he is his usual smooth self and doesn't have to break a sweat. Needless to say, the terrorists are less than one-dimensional and more than a little racist. This is somewhat ameliorated by Shaun Toub's role as the sympathetic and intelligent Afghan who helps Stark escape. 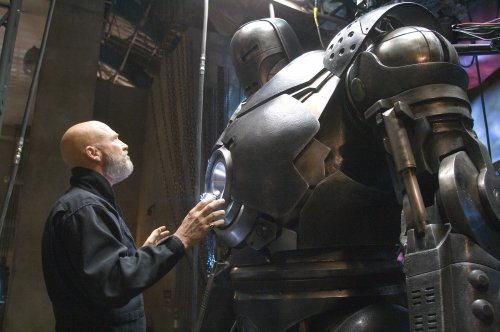 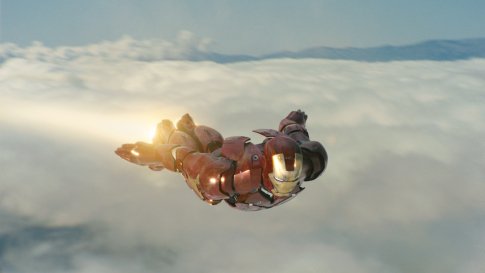 Mostly, Iron Man is full of comic-book, one-dimensional characters, but Robert Downey Jr does a nice job of making Tony Stark into a real person. Part of this is due to the fact that Stark and Downey's characters aren't that different. So Downey can just slide into the character. He's funny and a bit of a dork. His workshop is in the same room as his priceless collection of cars and every time he tests the suit, he destroys an expensive car. Another running gag has a federal agent (Clark Gregg) dropping by over and over again to make an appointment with Stark and trying to explain that he works for, "Strategic Homeland, Intervention, Espionage Logistics Division." In the little teaser scene for the sequel that appears at the very end of the closing credits, (yes, you have to stay to the end of the credits), Samuel L. Jackson, complete with eye patch, says it much more succinctly when he appears and introduces himself to Tony, "I'm Nick Fury from S.H.I.E.L.D." And it looks like there will definitely be a sequel. Iron Man grossed over $100 million in its opening weekend.