At first, it's not totally clear how to classify In Bruges since it is about two hit men (Brendan Gleeson & Colin Farrell) who are hiding out in Bruges after one of them (Farrell) killed a priest (Ciarán Hinds) (on purpose) and a little boy (by mistake) on orders of their sociopathic boss (Ralph Fiennes). But after the two killers start doing some sightseeing, (Gleeson loves it, Farrell hates it), it is apparent that In Bruges is in the great tradition of hilarious but bloody, British black comedies from The Wrong Box to Lock, Stock and Two Smoking Barrels. (BTW, if you've never seen The Wrong Box, put in on your Netflix list. They just don't make movies like that anymore.) Anyway, Gleeson's character is the eternal optimist and Farrell's is the eternal pessimist. In fact, Farrell is suicidal, not just at being In Bruges, but about killing the boy. However, things begin to pick up for him when he meets a racist, American dwarf (Jordan Prentice) who is filming a movie In Bruges and a beautiful young woman (Clémence Poésy) whose boyfriend (Jérémie Renier) tries to rob him. Meanwhile, Gleeson is bonding with the pregnant landlady (Thekla Reuten) at their hotel. But this being the black comedy that it is you know that there will be no happy endings In Bruges, at least not in the usual sense. Things begin to unravel when Gleeson refuses to kill Farrell as ordered and Fiennes arrives In Bruges to clean up the mess. 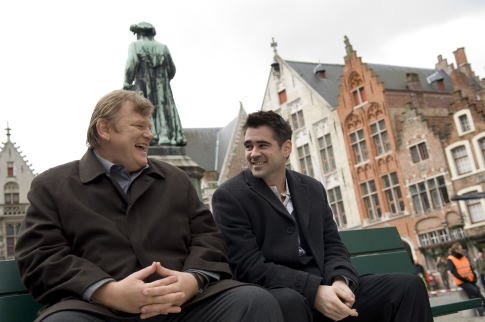 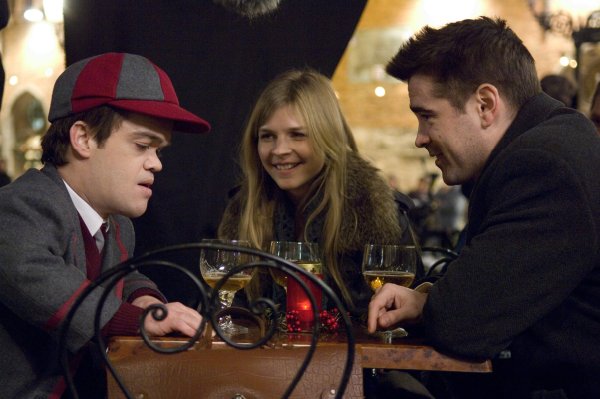 The cast of In Bruges is a joy. Gleeson and Farrell really are Irish so they can use their real accents In Bruges. Gleeson is a great character actor playing anything from Mad Eye Moody in the Harry Potter movies to Menelaus in Troy. But In Bruges he gets to shine in a leading role. Farrell is also a bit of a surprise. You forget that he isn't just a pretty party boy and that he can actually act. See him in A Home at the End of the World, for instance. And Ralph Fiennes makes a very funny sociopath. The rest of the cast is also great, including Clémence Poésy (Fleur Delacour in Harry Potter and the Goblet of Fire), and Jérémie Renier who is hilarious as the bitter dwarf. I was wracking my brain trying to place the actress, Thekla Reuten, who plays the landlady. I'm sure you don't do this when you are watching movies but just in case, Reuten has brief but memorable role as lover to and then victim of Said in a flash-forward sequence on Lost this season. Ciarán Hinds, also Irish, has an uncredited cameo as the doomed priest. 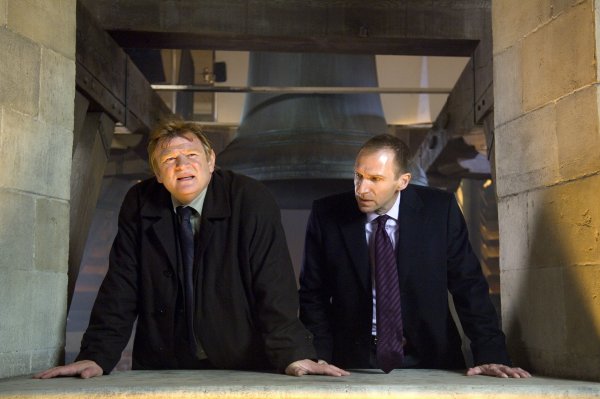 The playwright, Martin McDonagh, wrote and directed In Bruges. Previously, he won an Oscar for Best Live-Action short, Six Shooter, in 2006, which also starred Brendan Gleeson. The script is very funny and entertaining, including a running joke about the word "alcoves," and a cranky Canadian (Zeljko Ivanek). I thought I was the only cranky Canadian! In Bruges is ROTFL but it is a very black black-comedy. So as the end approaches, the characters begin meet their ends in very funny but progressively bloodier ways. In Bruges is still playing. You should try and see it.