Spoiler Alert! It is impossible to review this movie without revealing some (but not all) of the surprising plot twists.

This movie really threw me for a loop. I'd seen the trailers for Hancock many times, but little did I know that they were showing exclusively scenes from the first half of the movie only. In that first half, we are introduced to the goofy, inebriated, not-very-well coordinated superhero, Hancock (Will Smith). He has most of the super powers of Superman. Bullets bounce off him; he can fly; he can bend steel bars with his bare hands. But Hancock has issues. He's a drunk and lives in a trailer or just sleeps it off on a park bench. When he does save the day, he creates so much collateral damage that people boo him on the street, kids insult him and the police want to arrest him. When he happens to save the life a public relations specialist (Jason Bateman), whose car is stalled on some train tracks, Bateman convinces Smith that he can help improve his image. He meets Bateman's wife (Charlize Theron) and young son (Jae Head). Theron is very standoffish, why, we don't know at first. Bateman has Smith turn himself in, (he has about 50 outstanding warrants against him) and Smith goes to prison in the hope that his superpowers will be missed. This doesn't work so well at first. No one misses him and most of his fellow inmates were put in prison by Smith himself. But eventually, he called on to help with a bank hostage situation and clad in his new superhero outfit, he saves the day and starts to become a "good" superhero. 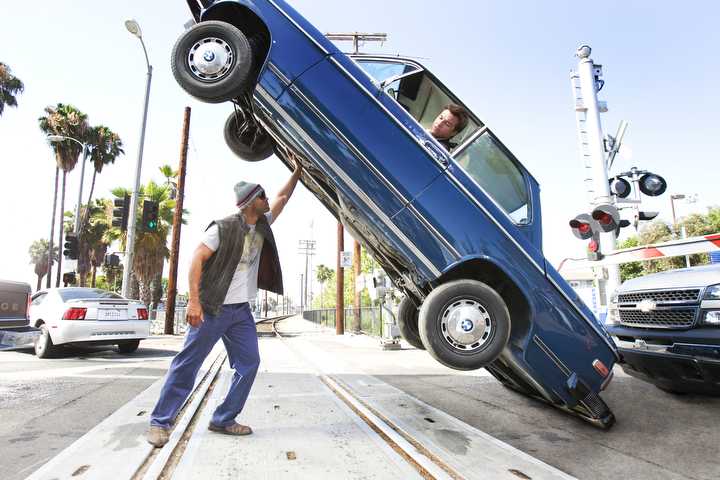 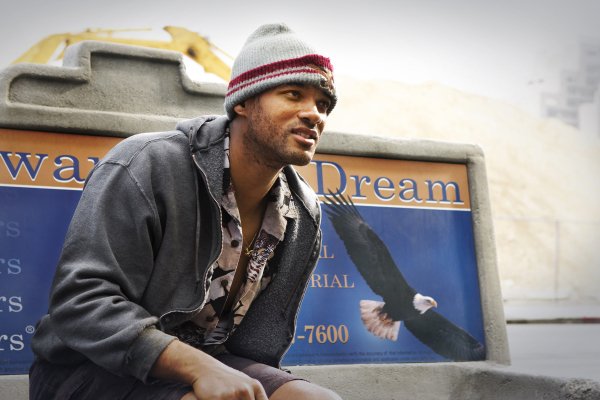 The plot of Hancock, as described above, would seem to be the whole movie, and, in fact, all the scenes in the trailers are from this the first half of the movie. But Hancock at this point is only halfway done. I didn't know this before I went to see it. All I had heard was that there was some sort of twist. Well, the twist comes halfway through the movie. If you ignored the warning above, now is the time to stop reading. Hancock comes home from dinner with Bateman and Theron. Bateman passes out drunk and Theron is alone with Hancock. There has been something unspoken between Smith and Theron. Now, he tries to kiss her and then she throws him through the wall of the house out into the street. What do you know, Theron turns out to be a superhero too. But wait, there's more. She is Smith's wife. He has been suffering amnesia for 80 years (he doesn't age either) and doesn't remember her. Theron has been trying to live a normal life with Bateman. From here on in, things in Hancock go to hell in a hand basket. It becomes a fairly serious action romance movie. I won't spoil the ending by saying more. 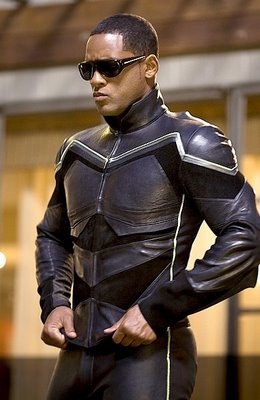 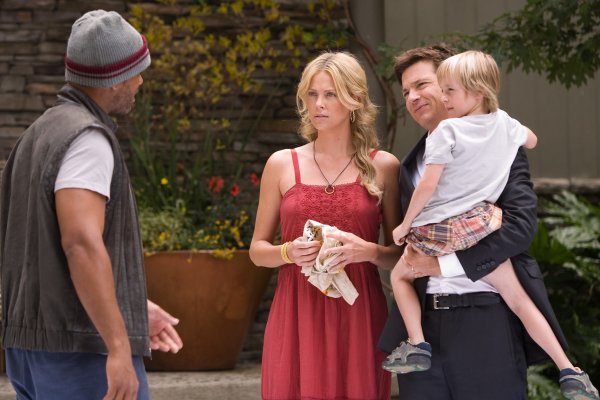 The director of Hancock, Peter Berg, used to be mostly an actor (Chicago Hope, The Last Seduction) but now he's mostly a director (Friday Night Lights, The Kingdom). His previous film, The Kingdom was very well put together and efficient in its presentation. Hancock is anything but. It's all over the place but some of those places are pretty interesting. The bottom line is that just having Will Smith in this movie makes it worth seeing. He is so entertaining, talented, and just plain likeable, that he is always a joy to see on the screen. Jason Bateman, who was a child actor (Silver Spoons) and then re-emerged as an adult in Arrested Development, has been making quite a dent in the last year, as the putative adoptive father in Juno, an FBI agent in The Kingdom and now in Hancock. He's been very good in all these movies. I was wondering why Charlize Theron was in Hancock (she's barely in the trailers) until I saw the second half of the movie where she moves front and center.

I wanted to see Hancock because I love Will Smith. The trailer was a bit amusing but it was mainly the scene where Smith throws a stranded whale off a beach and it lands on a yacht sailing off shore that made me decide to see it. But Hancock turned out to be two movies in one. The first half is a sort of goofy comedy while the second half tries to be much more serious. It has much more complex relationships and quite a bit of graphic violence. On the whole, this makes Hancock much better than I expected but the two halves of the movie don't fit together that well. The second half does makes Hancock a much more interesting movie. But the ending is not very satisfying, since after all the sturm and drang, they try and tack on a Hollywood happy ending. The writers and the director really couldn't decide whether they wanted to make a goofy comedy or a serious action flick and so Hancock ends up being both and neither. But I kinda liked it.