If you read my reviews regularly, you will know that I always go on and on about Anthony Hopkins, and how he could read from the phone book and make it sound interesting. He will turn 70 later this year but his work is showing no signs of falling off. He did four films in the last two years, Proof, The World's Fastest Indian, Bobby, and All the King's Men. These movies ranged from not so good (All the King's Men) to really good (Proof), but in all of them, playing a mathematician with alzheimer's, an old Kiwi who likes to go fast, a retired doorman, and a Louisiana judge, Hopkins was always great. Nothing has changed in his newest film, Fracture. This is a Hitchcockian drama, which starts out with Hopkins shooting his wife (Embeth Davidtz) in the head, and then calling the police to confess to the crime. At the same, moment, a young prosecutor (Ryan Gosling) is following through on his plans to leave his old boss, the DA (Davis Strathairn), for a new boss (Rosamund Pike) at one of the top law firms in the country. He just has to finish one case to finish before he leaves. You guessed it. It is the Hopkins case. It seems like an open and shut case until it turns out that the gun found at the murder scene isn't the murder weapon. Then Gosling goes into a death spiral as both his old and new bosses become more and more unhappy with him. I won't go any further with the plot. I don't want to spoil it. But there are lots of nice twists and turns. And Anthony Hopkins. 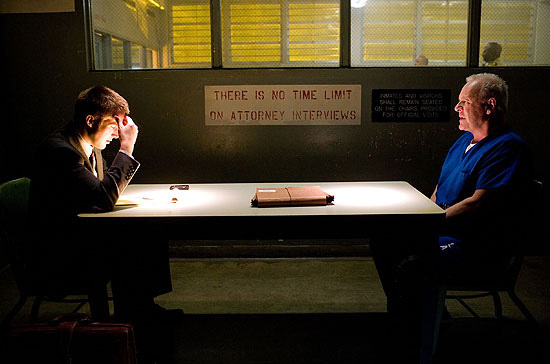 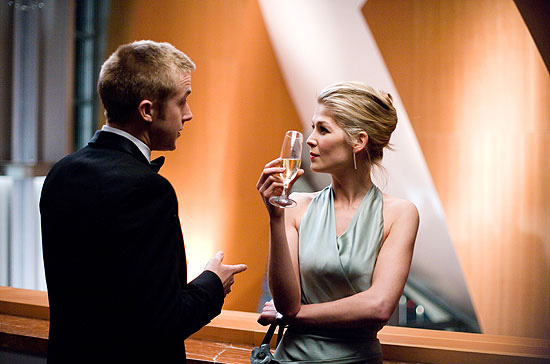 The director, Gregory Hoblit, and the screenwriter, Daniel Pyne, are TV veterans who cut their teeth on shows like Hill Street Blues, L.A. Law and Miami Vice. So they are experts in the so-called, "Police Procedural" genre. Fracture is a bit like Law & Order on acid. It is really well put together, ramping up the tension as the plot develops. Hopkins is perfect for the role of the evil genius who is trying to get his revenge by manipulating the police and the DA's office. It is one of Hopkins' best roles since Silence of the Lambs. Ryan Gosling is a good match for Hopkins. He has been quietly building a nice resume in Indie movies like The Believer, The United States of Leland, and Half Nelson. The latter film made a minor splash last year on the festival circuit, although I didn't think it was that great. The rest of the cast is good too. David Strathairn, who plays the DA, is great as always. But I always feel that he is wasted in these kinds of minor supporting roles. Lately, only in Good Night Night and Good Luck has he had a role where he has been able to show that he is the best actor on the planet, well, maybe the best next to Hopkins. It is a shame that Hopkins and Strathairn have no scenes together in Fracture. There are a couple of pretty faces who don't get to do much. Embeth Davidtz (Junebug) spends most of the movie in a coma, and Rosamund Pike (Pride & Prejudice) has what looks like a strong role, but is really just the usual girlfriend supporting part. In Fracture, quite a bit of time is spent in court. The judges are all recognizable faces, Bob Gunton (Shawshank Redemption), Fiona Shaw (Harry Potter) and Xander Berkeley (24).

I liked Fracture a lot. One subplot involving Gosling and Hopkins' comatose wife doesn't really work, but most of the movie is gripping. I couldn't figure out how Hopkins did it. And I didn't feel cheated at the end as we find out whether Hopkins' evil genius syndrome will prove his undoing. It all hangs together very well. This movie is still around the theatres and I recommend seeing it between all the blockbusters.