Darren Aronofsky is one weird, whacked-out guy. First, he made Pi about a crazy mathematician (is that redundant?) who is looking for patterns in the number Pi. Then, he made Requiem for a Dream about a drug-crazed guy, his drug-crazed girlfriend and his drug-crazed mother. Now I think it is Aronofsky who must be drug crazed. His new film, The Fountain is an acid trip if there ever was one, and it's not a good trip either. 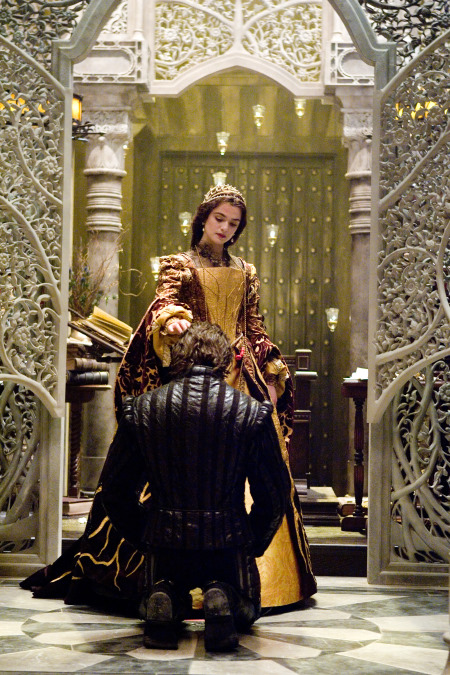 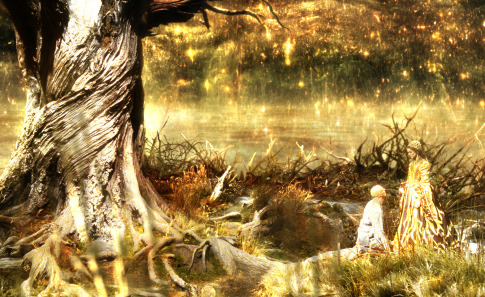 The Fountain tells the story of two people (Rachel Weisz & Hugh Jackman) who are trapped in the space-time continuum. Three stories (pictured above), set in the 16th, 21st and 26th centuries, are intertwined. The common thread is that the two characters, Tom (Jackman) and Isabel (Weisz) are in a love story that transcends space and time. The main plot is set in the present. Tom is a cancer researcher and Izzie is dying of cancer. In true mad-scientist fashion, Jackman has to come up with a cure for cancer in 24 hours in order to save Weisz. It's a race against time that Tom is destined to lose, but Izzie has a longer term view. She is writing a story where she, now Queen Isabel, sends Tom, now Conquistador Tomas, off to the New World where he gets mixed up with some serious Mayan dudes. Tomas is looking for the Tree of Life or as the Mayans call it, the World Tree or as we might call it, The Fountain of Youth. Hence, the title of this movie. So Tomas is just Ponce de León dressed up with a little more accurate mythology. He has to fight his way to the Tree of Life ending with a surprising acid-trip result. Meanwhile, we keep getting scenes from the 26th century plot which is all acid trip. Tom is traveling through space toward Xibalba in a bubble that contains, you guessed it, the Tree of Life. It's not clear but I think the tree is supposed to be Izzie. But she also appears to him in visions so they can have a conversation.

The Fountain is big on amazing visuals which is Aronofsky's hallmark. But it is very weak on the story. Jackman just gets to look tired and worried all the time whether he's in the 16th, 21st or 26th centuries. Maybe it's because Jackman or his voice seems to be in every movie these days usually with Scarlett Johansson (X-Men 3, Scoop, The Prestige, Flushed Away, Happy Feet). Weisz is better. Bad scripts really separate the good actors from the also-rans. Weisz can do a lot with a bad script. You would think Aronofsky would do better for her since she is his main squeeze. Ellen Burstyn, who seems to be Aronofsky's muse, and got an Oscar nomination as the drug-crazed mother in Requiem for a Dream, is back as the head of the lab where Jackman works.

There's a lot of talk of Xibalba, which is the underworld of the Maya. It is identified in the movie with the Orion Nebula, the Mayan Hearth of Creation, which brings us back to the World Tree which connects Heaven, Earth, and the Underworld. Ok, I can buy all this stuff. I love all things Mayan but the astronomy is fucked up!!! Jackman as Tomas/Tom/Tommy keeps going on and on about Xibalba being the Orion Nebula and that it contains a dying star. No. No. No. Everyone knows that the Orion Nebula contains only young stars, especially four hot young stars known as the Trapezium. Anyway, where was I? Oh ya. I can't spoil the ending of The Fountain for you because I don't really get it. So I don't know. Maybe drop some acid and head out to your local cineplex.