I had never heard of Eragon before the movie came out. But it was a best-selling book written by a teenager, Christopher Paolini. It has now been made into a major motion picture. As can be seen below, the storyline of Eragon bears a strong resemblance to a movie that Paolini may have watched a few times while growing up. He may have read Lord of the Rings a few times also. Anyway, the story of Eragon is sort of a Star Wars set in Middle Earth. 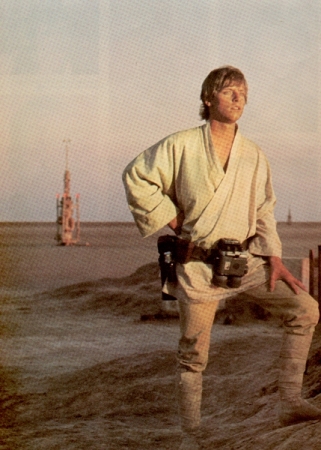 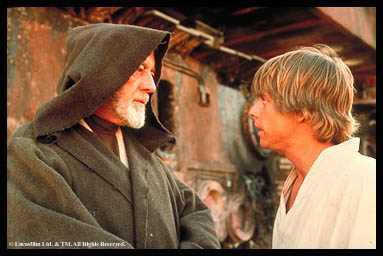 In Eragon, a young man (Edward Speleers), who has been raised on a farm by his uncle, is suddenly thrust into a war between a despotic ruler (John Malkovich) and a band of rebels. Weirdly, the rebel leader (Djimon Hounsou) and his daughter are black but all the rest of the rebels and everyone else in the movie are white. The ruler and his right-hand man (Robert Carlyle) have dark magical powers. Eragon learns that he has been chosen as the leader of the rebellion and develops great magical powers. He is aided by a beautiful young princess (Sienna Guillory), an old magician (Jeremy Irons), and a swashbuckling warrior (Garrett Hedlund). As far as I know George Lucas has not sued Paolini for plagiarism, but Eragon is not exactly a new and original work. Maybe the author did it subconsciously, and he did mix in some Lord of the Rings, and even a little of The Matrix and Harry Potter. But the basic story and the characters of the Emperor, Darth Vader, Uncle Owen, Luke, Leia, Han, and Obi Wan are lifted pretty much wholesale from Star Wars. I'm still trying to figure out who Chewy is. In the movie, Eragon is a dragon rider. The dragon (voice by Rachel Weisz) represents The Force. When Eragon becomes the dragon rider, he gets magical powers. The Darth Vader character used the dragon powers for evil and killed all the other good dragon riders whose job it was to protect the land from evil. Sound familiar?

Beyond the blatant plagiarizing of the story, Eragon just isn't very good. I don't know what the dialog was like in the book but in the movie it's painful. It is trying for a Lord-of-the-Rings feel but no one but JRR Tolkien can pull it off. The characters are all very flat with little emotion, except maybe for the princess who at least has some style. Even Jeremy Irons can't pull much out of his role as the mentor to Eragon. Carlyle just gets to look evil and Malkovich really has nothing to do except whine to Carlyle. Maybe he has a bigger part in Book 2. There have been a bunch of live-action movies with dragons before, and the dragon effects in Eragon aren't that good. See Reign of Fire and Dragonheart for some really good dragons. It's weird that the specially effects aren't very good since the first-time director, Stefen Fangmeier, has spent his whole career doing special effects. Too bad because he's no good at directing. I recommend you just pull out your DVD of Star Wars (now known as Episode IV) and watch that. It's pretty good.