I've had an epiphany. I can now tell the world that I am Amy Adams. In the new movie, Enchanted, a beautiful young fairytale princess (Adams), who hopes to meet and marry Prince Charming (James Marsden), gets thrown out of Fantasyland (this is a Disney movie after all) when she crosses the evil queen (Susan Sarandon), and comes out through a manhole cover into Times Square. Even though Adams is now in the real world, if New York City can be called the real world, she acts as if she were still in Fantasyland. Like I said, I am Amy Adams. 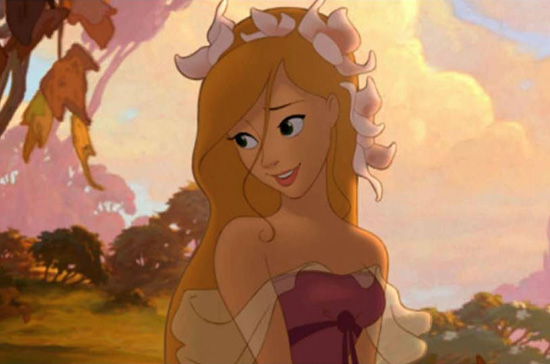 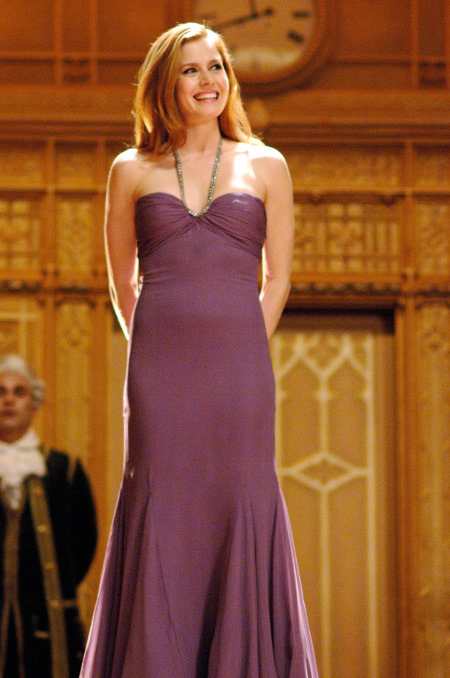 Where was I? Oh ya, Enchanted. Almost as soon as she drops into NYC, Adams runs into a divorce lawyer and single father (Patrick Dempsey) and his young daughter (Rachel Covey). Dempsey is trying to work himself up to proposing to his girlfriend (Idina Menzel) but as soon as Adams arrives, his life descends into chaos. His daughter, who is very susceptible to fairytales, invites Adams home with them. The funniest scenes in the movie follow, wherein Adams decides to clean Dempsey's apartment a la Cinderella/Sleeping Beauty by summoning the local animals to help her. But being NYC, the animals who arrive to help her are rats, pigeons and cockroaches. Then Adams proceeds to make a new outfit for the day, as Scarlet O'Hara might, from Dempsey's drapes. The movie then moves on to madcap comedy as everyone chases everyone else around the Big Apple. Adams is looking for Prince Charming and he is looking for her, but she and Dempsey can't quite get rid of each other as they inevitably fall in love. Meanwhile, the evil queen and her henchman (Timothy Spall) are trying to kill Adams with, of all things, a poison apple. 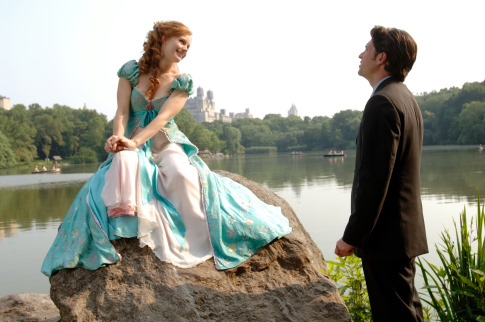 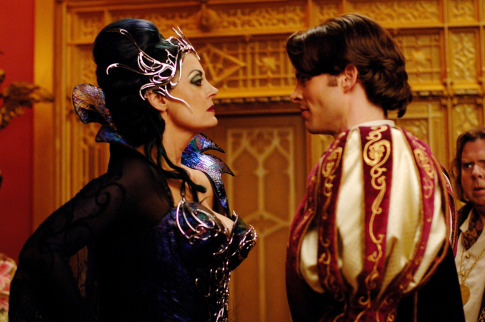 Amy Adams is amazing. You may not have seen her before. But she is exploding onto the movie scene. Last year, she was nominated for a Best Supporting Actress Oscar for her part in the little-seen movie, Junebug (even I haven't seen it), and she also appeared as Ricky Bobby's girlfriend in Talledega Nights. She is all manic energy, and in Enchanted, she takes a one-dimensional character, makes it three dimensional, and really sells you on the ridiculous notion that a Disney animated character could really be living in NYC. Aside from Adams, the most well-rounded character in Enchanted is a chipmunk. She is helped by the fact that the "real" people in NYC are one dimensional characters themselves. Patrick Dempsey who always seems very sleepy as McDreamy on Grey's Anatomy doesn't wake up here. I always preferred McSteamy anyway. But Rachel Covey is very cute as Dempsey's daughter. Everyone else gets to eat the scenery with their overacting. Needless to say, Susan Sarandon is a bit wasted as the evil queen. If you think Timothy Spall looks a bit familiar, he plays exactly the same part as Wormtail in Harry Potter.

Enchanted is a one joke movie that doesn't deserve to be as good as it is. The one joke, of course, is a bunch of animated Disney characters coming alive in New York City and learning to live in the real world. One joke can become a bit tiresome after two hours, but this movie is saved by Amy Adams. You should go see it just to see her ( and the rats and pigeons and cockroaches) do it.