In his last two films, David Cronenberg has changed gears and gotten away from his usual surreal, horror, or just weird films. A History of Violence and Eastern Promises still have an edge, a very sharp edge, but it is hidden inside very realistic plots that start off simply, but soon drive their characters off a cliff. Both films star a post-LOTR Viggo Mortensen. In this new film, he plays a Russian living in London and working for Russian Mafia. He is just a chauffeur and clean-up man but he yearns to be "made" and be tattooed with the stars that would show that he has become a full Mafia member. His boss (Armin Mueller-Stahl) runs a restaurant but is also the "godfather." He crosses paths with a midwife (Naomi Watts) who is trying to find relatives for a baby whose mother died in childbirth. She also has the woman's diary, written in Russian. It soon becomes apparent that the dead woman was linked to the godfather's son (Vincent Cassel). Things are very murky and the more that Watts delves into what happened, the more the godfather wants to get ahold of the diary and the more people get their throats slit. There is quite a bit of blood flowing around in Eastern Promises. 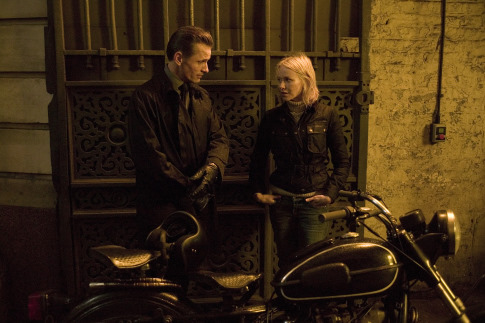 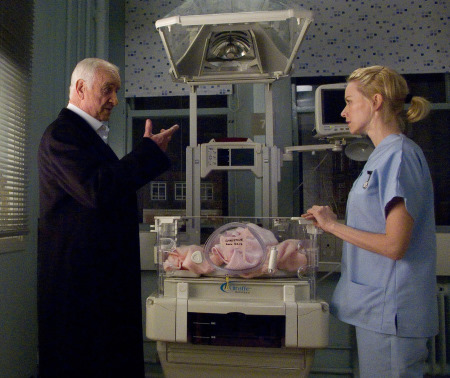 The cast of Eastern Promises is great. Viggo Mortensen makes the weird accent and weird hair work. He is nominatedx for an Oscar for Best Actor. You can almost accept that Naomi Watts character would find him interesting or at least compelling. Nevertheless, they have a good chemistry together. Watts generally picks tough emotional roles (Mulholland Dr., 21 Grams) and this one is no different. Despite her penchant for taking off her top in movies, she keeps hers on here, and it is Mortensen who takes it all off. You get to see quite a bit of Viggo and his tattoos in this movie's famous Steam Bath scene, although there's quite a bit of blood in this scene too. Cassel (Ocean's Twelve) gets to overact a bit as the out of control son. Mueller-Stahl is amazing as the godfather. He is 77 years old but he is such an old pro. He is a joy to watch.

Eastern Promises is a very good movie. David Cronenberg really knows what he is doing. And he has put together a film that keeps you on the edge of your seat and gets scarier and scarier as the end approaches. This isn't a pretty movie but it keeps up the tension all of the way through. The London in Eastern Promises is dirty and nasty and bloody. Eastern Promises is one of those movies, which was loved by the critics and made a lot of Top Ten lists, including mine, but never caught on with audiences. Eastern Promises only made $17 million in the US. It's already out on DVD so you can put it on your Netflix list.