The Diving bell and the Butterfly 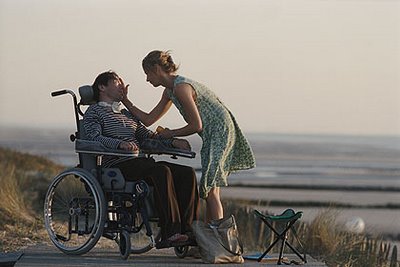 The "guy" is (was actually but more on that later) Jean-Dominique Bauby (Mathieu Amalric) who was the editor of Elle Magazine, if you can believe it, well, maybe you can believe it because, even after he has his stroke, all he can see with that left eye of his is some total babes. Ok, this is a french movie, in french with subtitles But take a look at the pictures below showing his physiotherapist (Marie-Josée Croze), his secretary (Anne Consigny) and his wife (Emmanuelle Seigner). Anyway, Bauby suffered from Locked-In Syndrome where the patient is awake and aware of what is going on around him but can't move or talk. Because Bauby could blink one eye, the beautiful women could communicate with him by patiently running through the alphabet (en francais) until they got to the letter he wanted. He even famously dictated a whole book, Le scaphandre et le papillon, on which the movie is partly based. Unfortunately, Bauby died shortly after finishing the book, a little over a year after he had the stroke. 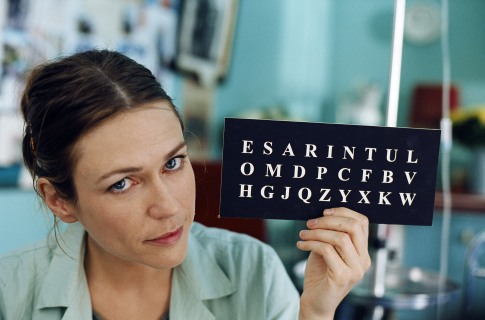 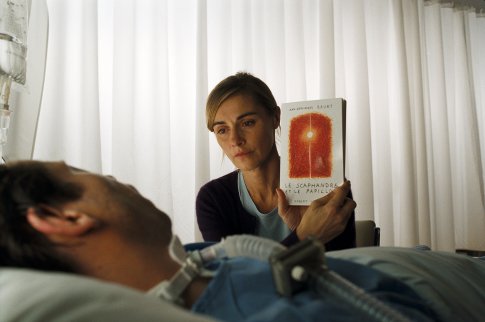 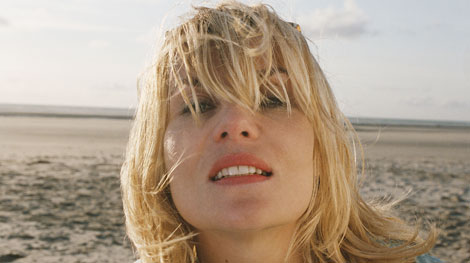 The film, The Diving Bell and the Butterfly, is a combination of Bauby's interior and exterior lives. We see his struggle to live after the stroke or, since he doesn't move, we see the struggles of the people around him to keep him alive and communicate with him. We also hear his inner thoughts through the words of his book, written blink by blink, day by day, while he sat unmoving. There are some similarities to The Sea Inside which is the true story of a quadriplegic, played by Javier Bardem. Bardem's character could talk and interact with people. Bauby's plight, as portrayed in The Diving Bell and the Butterfly, is both fascinating and chilling. It reminded me of an episode of Alfred Hitchcock Presents where Joseph Cotten played a man paralyzed in a car accident who is declared dead and only avoids being buried alive when someone in the morgue sees that he is crying.

The cast is great, especially the french-canadian actress, Marie-Josée Croze (Barbarian Invasions, Munich) who does a great job making one-sided conversations interesting. Mathieu Amalric is also very good as Bauby. He only spends half the movie sitting frozen. There are lots of flashbacks and dream sequences where he is his old self before the stroke. The Diving Bell and the Butterfly is a very well put together film. Julian Schnabel (Before Night Falls) is nominated for an Oscar for Best Director, but weirdly the film is not nominated for Best Picture. It is on my list. The Diving Bell and the Butterfly is playing at Indie movie houses everywhere at the moment. It's definitely worth seeing.