It's nice to know that even in a bleak future, where civilization has collapsed, there will always be an England. And even though it's the end of the world, you can still get a coffee to go, at least until they blow up your coffee shop. 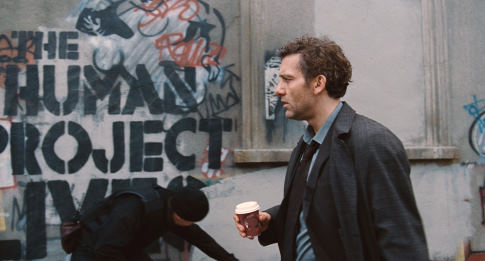 This is the future painted in the new scifi thriller, Children of Men. This film, loosely based on a rare non-detective novel by P.D. James, tells the story of the world in the year 2027 when most countries have collapsed into chaos and pollution is rampant. The UK is hanging on, using the fact that it is an island to shield itself from the outside world. Illegal immigrants are brutally rounded up and imprisoned. About 18 years previously, all the women of the Earth, including England, suddenly became infertile. No one knows why. The main character is a man (Clive Owen) who is just going through the motions of life. He is traumatized, both by the harsh life of 2027, and also by the death of his son and divorce from his wife (Julianne Moore). He hasn't seen her for 20 years. He is kidnapped off the street by a "terrorist" group led by Moore and Chiwetel Ejiofor. They need his help. Moore's group is trying to smuggle a young woman (Claire-Hope Ashitey) out of the country. Amazingly, she is pregnant. Owen has a well-connected cousin (Danny Huston) who can help him to get transit papers. Owen is also helped by an old hippy friend (Michael Caine). I won't say more about the plot. Everything I've said is pretty obvious from the trailer so I'll stop here. 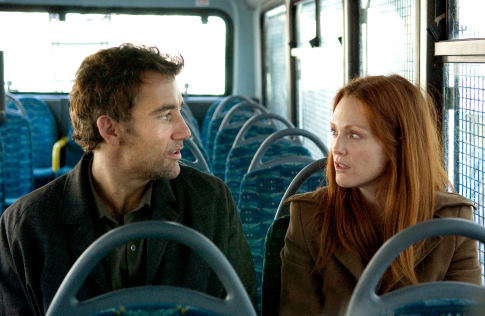 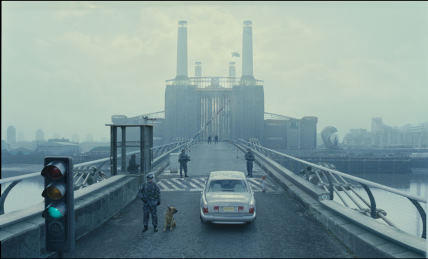 The mostly British cast is really great. Moore doesn't pretend to be British. She is a great actress. Unfortunately, her part in Children of Men is too small. But she looks really fab for age 46. Owen does a really good job of looking thin, hung-over, depressed and world weary, which is to say, he looks good. I like Clive Owen a lot and he is great in this part. Michael Caine has a very nice supporting role where he gets to have some fun. After starting off as a good guy in Dirty Pretty Things, Chiwetel Ejiofor has been showing his smooth, bad-guy chops recently in Serenity and now in Children of Men.

Children of Men is an excellent film. The art direction is really nice. The near-future world of 2027 has a great 1984-esque look and is very believable. Of course, some suspension of disbelief is necessary, but there are some great touches. When Owen is going to see his rich cousin, he goes through a gate and is suddenly driving down The Mall, which looks like no collapse of civilization ever happened. And the cousin, played by Huston, lives in the Battersea Power Station (see picture above), where he keeps all the art he has been able to rescue from around the world. He has a slightly damaged David in the foyer and Guernica is leaning up against a wall in the living room. The director, Alfonso Cuarón, after Y tu mamá también and Harry Potter and the Prisoner of Azkaban) and now Children of Men, has shown that he can direct any kind of movie. Children of Men will be on my top-ten list. It is just opening around the country, so go see it when it comes to your city.