Spoiler Alert! It is impossible to review this movie without revealing some (but not all) of the plot. 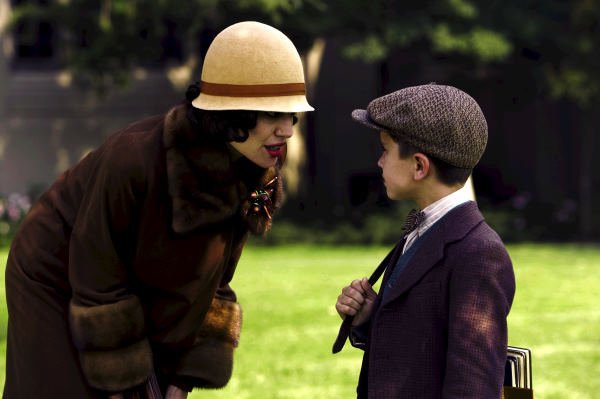 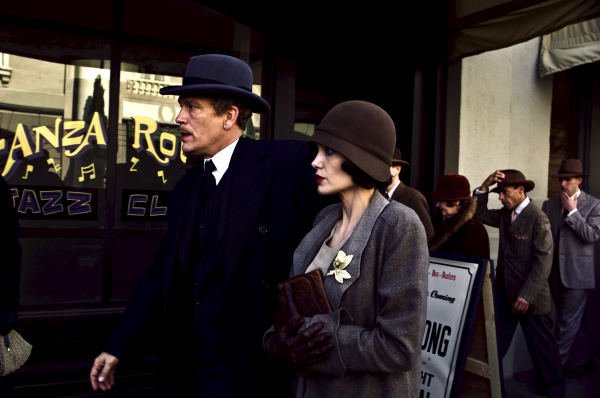 Changeling is based on true events that took place in Los Angeles in 1928. A single mother, Christine Collins (Angelina Jolie) comes home from work at the phone company one night to find that her young son has disappeared. The police start to search but no trace of him is found. Then they announce that the son has been found in Iowa. Collins goes out to meet the train with the police captain (Jeffrey Donovan) who has been leading the search and the chief of police (Colm Feore). But Collins takes one look at the boy when he gets off the train and says that he isn't her son. The police claim that she is mistaken and force her to take the boy home. Collins doesn't give up and keeps trying to convince the police that they have found the wrong boy, eventually joining forces with a crusading pastor (John Malkovich). She makes so much trouble that the police kidnap her and send her to the insane asylum. Collins is only released when the boy who is supposed to be her son confesses that he lied. Meanwhile, a cop (Michael Kelly) stops by a ranch to pick up a runaway kid (Eddie Alderson) from Canada. The kid gives a horrible confession that he has been held prisoner on the ranch by Gordon Northcott (Jason Butler Harner) who had forced him to help kidnap and kill about 20 children. The story is borne out when bones are found on the ranch. The boy identifies Collins' son as one of the kidnapped children.

Lots of movies say they are based on or more frequently "inspired by" true events. But Changeling closely follows the real facts of a serial murder case known as the Wineville Chicken Coop Murders. Everything in my plot outline above actually happened as described. You can't make this stuff up. The pictures below show Jason Butler Harner as Gordon Northcott and the real Gordon Northcott. I won't say any more about the plot and how it finally turns out. 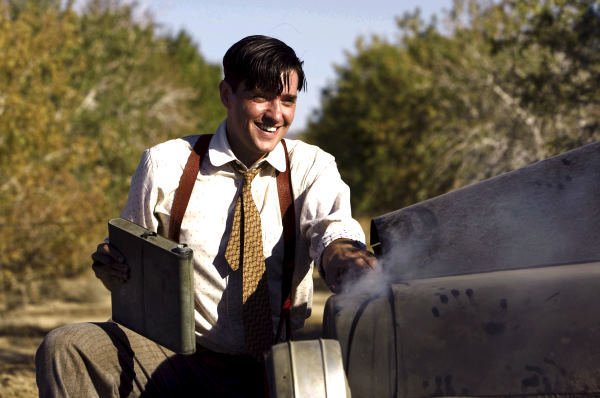 Ok this movie is a bit of a downer. Even without letting you in on the ending, you can tell that it's a bit depressing and more than a bit bit creepy. It has a little of the feel of In Cold Blood, another true story about the indiscriminate murder of innocents. But nothing will ever be as creepy as In Cold Blood. That story never leaves you. One thing that Changeling has in common with Eastwood's previous four movies is that they are all about terrible, irretrievable loss and how it affects the people who experience it. These movies all deal with the deaths of young people and how their deaths tear apart the lives of the people around them. Mystic River revolves around the murder of a young woman, Million Dollar Baby tells the tragic story of a young female boxer, and of course, the two World War II movies are all about the deaths of young men in uniform. I'm not sure what issues Clint Eastwood is working through here but he certainly has a theme. 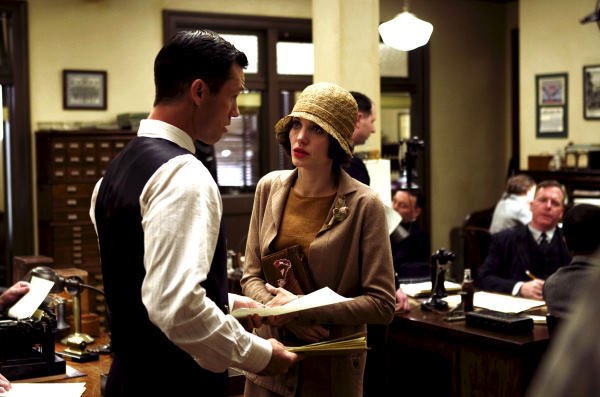 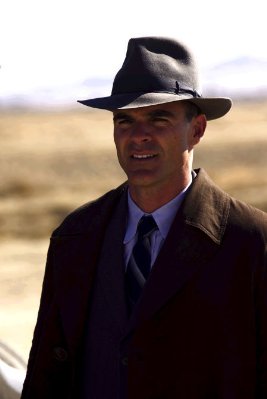 Eastwood is the consummate director. He really does just stand back and let his characters tell the story. The screenplay for Changeling was written by J. Michael Straczynski, best know for creating Babylon 5. In Changeling, he and Straczynski seem to be trying to create a patina of normality which is barely covering the horror that is about to break through. I do miss Eastwood as an actor because often the people in front of the camera aren't in his league. But the cast of Changeling is good and workmanlike. Angelina Jolie does a very good job of submerging herself in this role and playing someone very different from her usual flamboyant roles. John Malkovich also plays (and underplays) it straight for a change, as the slightly creepy pastor. Of course, even when he plays it straight, Malkovich is always slightly creepy. The supporting cast is good. A couple of faces are familiar. Amy Ryan who was nominated for Best Supporting Actress last year for Gone Baby Gone, plays a similar role here, and Colm Feore (The Chronicles of Riddick, Bon Cop, Bad Cop) plays the police chief. The main weakness of Changeling is that the bad cops, Feore as the chief, and Jeffrey Donovan as the evil police captain, who foists that wrong child on Jolie and then throws her into the insane asylum, are completely one-dimensional characters. We know nothing about their motives for doing what they are doing. Jason Butler Harner, who plays the serial killer, is a much better developed and, if I may say so, a more sympathetic character.

So Changeling is good but not great. If anything, Eastwood's efforts to underplay the horror of this story works too well and it feels a little flat. It just doesn't grab you and never let you go like Mystic River or Letters From Iwo Jima where you really get inside the characters and the horrors they are feeling. But the attention to detail is wonderful. The scenes at the telephone exchange with the supervisors including Jolie on roller skates are great. Changeling is a great re-creation of Los Angeles in 1928, both the normal and the creepy.