It has been 31 years since Taxi Driver burned its way across the screen making a star of Robert De Niro and also introducing a 13-year old girl named Jodie Foster to the world. She was nominated for an Oscar for that role and since then she has been nominated for three more and won two (The Accused, Silence of the Lambs). Now she seems to have come full circle in her new film, The Brave One, which can be seen as a sort of remake or at least a paean to Taxi Driver, but with Foster in the De Niro role. It's amazing but take a look at the photos below. She looks a lot like she did in Taxi Driver, and she really does look like her thirteen-year old self despite being 44. 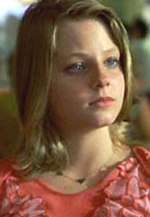 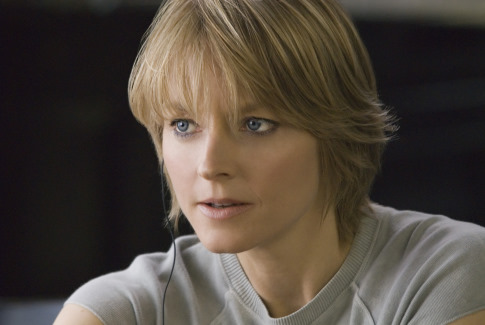 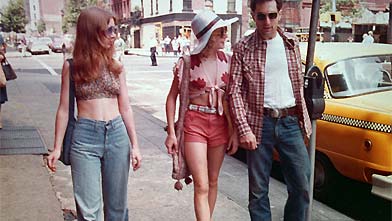 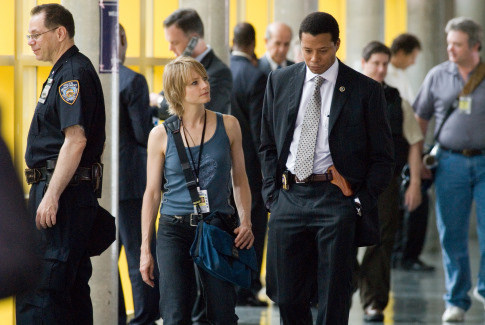 OK, in The Brave One, Foster isn't playing a total nutjob like De Niro in Taxi Driver. She plays a talk radio host in New York City, whose world is turned upside down when she and her boyfriend, played by major cutie,Naveen Andrews, are attacked in Central Park by some very bad men. He is killed and she ends up in a coma. When she wakes up, she is, as she says, a different person. We don't find out how different until she buys a gun, and then starts a vigilante killing spree across New York. She befriends a cop (Terrence Howard) who is investigating her crime spree and eventually begins to suspect that she is involved. Foster doesn't care. She just wants to find those very bad men who attacked her, killed her boyfriend and stole her dog.

Jodie Foster is fantastic. I mean that she is fantastic in The Brave One, but, also, she is just fantastic. I love her in films. Contact is one of my favorite films of all time. Plus, I like the sort of normal life she leads off camera. Despite being in a long-term lesbian relationship, and having two children by fathers unknown, she is almost never in the tabloids. Her role in The Brave One was particularly nice to see because she has been playing a long series of characters who are severely repressed. Think about it, Sommersby, Nell, Contact, Anna and the King, Panic Room, Flightplan, Inside Man. Don't get me wrong, there are some great performances in this list. But in The Brave One, Foster really lets it rip. She gets out all those repressions sexual and otherwise. When she yells, "I want my dog back!", I said, "oh ya."

Jodie Foster aside, I had some big problems with The Brave One. It's a very well put together film directed by Neil Jordan (The Crying Game, The End of the Affair). And the supporting cast, especially Terrence Howard, is strong. But I felt manipulated. There is a message to this movie that I didn't like, that it's ok to kill someone as long as they are bad, you know, really bad. But you get to decide that for yourself. Just go out, buy an illegal gun, blow someone away and it's ok. That's one of the many echoes of Taxi Driver in The Brave One. They are both troubling movies but The Brave One is no Taxi Driver. On the other hand, any movie with Jodie Foster is worth seeing.