When the first Bourne movie came out, I couldn't really understand why they cast Matt Damon as Bourne. At that time, he had appeared in movies such as Good Will Hunting, The Talented Mr. Ripley, Courage Under Fire, Saving Private Ryan, and Ocean's Eleven. None of these are thrillers. And even in Saving Private Ryan, Damon is pretty laid back. But he does play a sociopath in The Talented Mr. Ripley, so maybe that's what gave the producers of The Bourne Identity the idea of casting Damon. His partner in crime, Ben Affleck, has has made some disastrous action movies (Reindeer Games, Pearl Harbor, Changing Lanes), but Damon seems to making very good movie choices. The first two Bourne movies were quite successful grossing $121 and $176 million at the US box office. The newest installment, The Bourne Ultimatum, had a huge opening weekend, grossing $69 million. The movie starts with Bourne (Matt Damon) still on the run, still trying to remember who he is. A British journalist (Paddy Considine) publishes a story about Bourne in The Guardian. Both Bourne and the CIA want to find out who is feeding information to Considine. Giving us some continuity, the two black-ops babes (Joan Allen & Julia Stiles) from the first two films are back. Allen is brought into the hunt by her boss (David Strathairn) and his boss (Scott Glenn) as the resident Bourne expert, but she keeps pissing them off by wanting to talk to Bourne rather than just kill him. Stiles is working at the Madrid CIA station and just happens to run into Bourne as he is beating up on a few CIA hitmen. The Bourne Ultimatum is the closing chapter of the series by Robert Ludlum. It follows Bourne as he closes in on his real identity and the people that gave it to him. 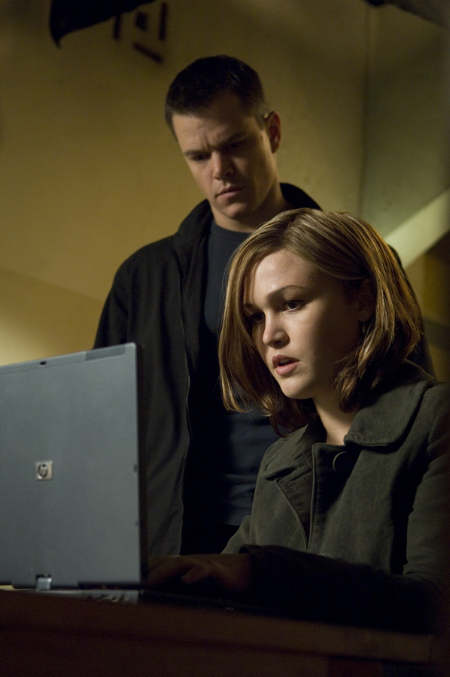 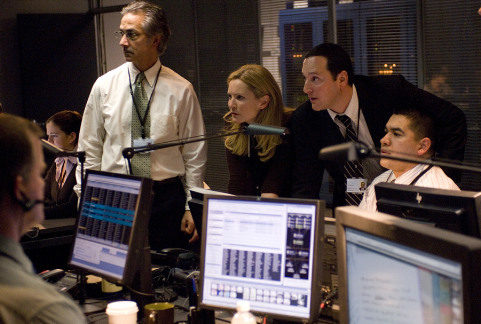 This has been a great series of action films and The Bourne Ultimatum may be the best of the three. The action never stops. I don't think Bourne sits down for more than a minute in the whole film. He's always on the move or else beating someone senseless. This time he is getting help from Stiles and Allen who have decided they don't like what the CIA is doing. But Strathairn and Glenn are bound and determined to protect national security by whacking Bourne. The characters are a bit one dimensional but you really don't have time to care. The action is ceaseless, tense and exciting. Paul Greengass, who also directed The Bourne Supremacy, knows how to make this kind of movie, and in The Bourne Ultimatum, he really lets it rip. Damon is great as Bourne. He was kidding around and complaining in an interview that they kept cutting all his scenes where he had some dialog. It's true. He doesn't say much in this movie but his actions speak volumes. The movie has a great supporting cast. Allen, in particular, is very good in the kind of role that women don't often get. And Strathairn and Glenn are old pros who don't have to break a sweat to be the CIA bad guys.

There isn't much romance. Bourne is still sad about his dead girlfriend, although there is a small spark between him and Stiles. The ability of the spooks to find and identify anyone anywhere in this post 9/11 world will give you chills, but luckily in the real world the spooks are not quite as efficient. Anyway, I would definitely go down to the theatre and enjoy the air conditioning and the action. I have to take a sweater because it is so cold inside! This a great movie to help you break out of the dog days of summer.