Borat:Cultural Learnings of America for

What can I say? I really don't need to review this movie. The world is so saturated with Borat, that I doubt there is anyone, anywhere, who hasn't heard of him, and seen the trailer, and seen his antics around the world. The result of this, of course, will be that Sacha Baron Cohen won't be able to do his usual shtick with his Borat persona anymore. That one is blown. Ali G is probably blown too. Maybe he can still get away with Bruno, who is the subject of his next film. Cohen's shtick isn't new. Allen Funt did it on Candid Camera 50 years ago. But Cohen does it very well. While he was still under the radar, he interviewed quite a few people like Trent Lott who thought that Ali G was a real journalist. Cohen has been continuously playing his Borat character, in public at least, since Cannes in April. 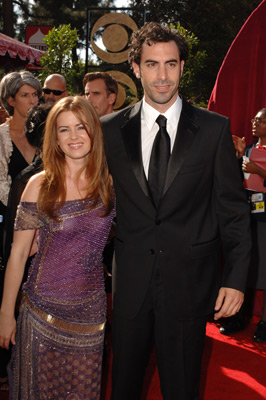 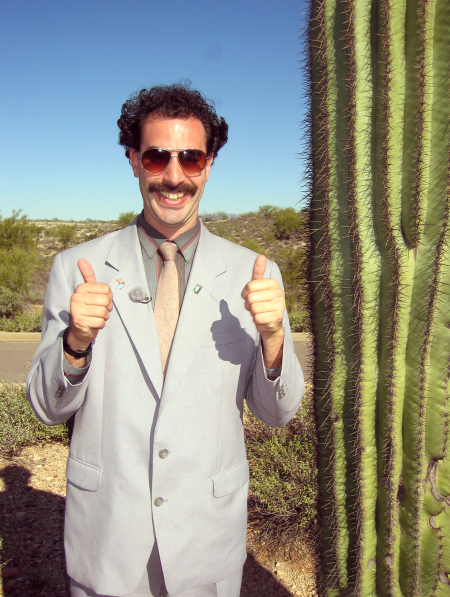 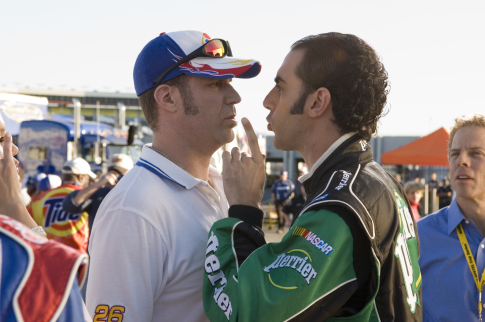 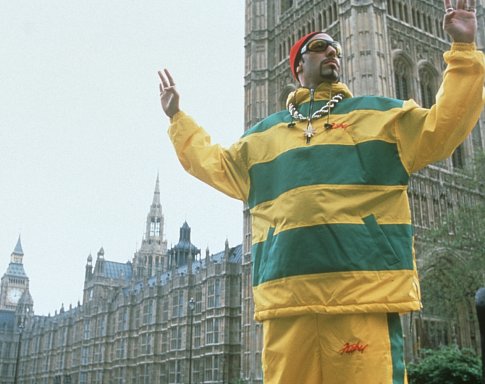 It's been a big year for Cohen. Besides Borat, he also appeared as the evil French Nascar driver, Jean Girard, in another big hit, Talladega Nights: The Ballad of Ricky Bobby. Anyway, Borat is a phenomenon. It has to one of the best marketing campaigns in history. Borat went from wearing his electric-green swimsuit on the beach in Cannes, to showing up at the Toronto Film Festival in a cart drawn by peasant women, to giving a press conference in front of the Kazakhstan Embassy in Washington DC. It was all great free publicity, and it worked much, much than for the other big buzz movie of the year, Snakes on a Plane.

Borat, the movie, is an extension of the character that Cohen created on TV in Da Ali G Show. The movie consists of two parts. First, there is an introductory sequence in Borat's home town in Kazakhstan, where we meet Borat's sister, the number 4 prostitute in all of Kazakhstan, and, of course, we see the running of the Jews. Any resemblance between Kazakhstan in this movie and the real Kazakhstan is incidental. And in case you didn't already know, Cohen is Jewish. The movie then moves to the U.S. and A., and we follow Borat's travels from New York to California in search of the love of his life, Pamela Anderson. The scenes in America, with the possible exception of Pamela Anderson, were filmed with ordinary people who unwittingly took part in what they thought was a real documentary. Some of the participants are ok with this, but the frat boys, who pack an amazing number of racist and misogynist remarks into 5 minutes on screen, are suing Cohen. They are using the Mel Gibson defence. They were drunk. Duh!

There is funny stuff in Borat. And the movie is nice and short at 84 minutes. But I certainly felt like I'd already seen it. If you saw the trailers for this movie, then there aren't many scenes that you will find new, other than the stunning nude fight scene, which sets new limits of grossness that Jackass or anyone else will have trouble topping. Anyway, all in all, I feel that the trailer for Borat is a funnier movie than Borat itself. In other words, two minutes of Borat are really funny, but 84 minutes, not so much. I did nod off a couple of times. But the mostly frat-boy audience in the theatre with me loved it. And judging from the box office that Borat is doing, so does most of America. So don't take my word for it. See it for yourself.