They just don't make movies like this anymore. Well, one other person does. Steven Soderbergh. He made The Good German (pictured below along with Black Book) last year, which was a movie in black & white with the look and feel of a 1940's film noir. (It was good so put it on your Netflix list.) Anyway, the new film, Black Book, is another faux-1940's-style action and suspense movie. It is directed by Paul Verhoeven, who has directed some very nice films including RoboCop, Total Recall, Basic Instinct, Starship Troopers, and one famously very bad film, Showgirls. In Black Book, Verhoeven has returned to his Dutch roots to make a film about the final days of World War II in Holland (in Dutch with subtitles). The story, told in flashbacks, follows a young Jewish woman, Rachel Stein (Carice van Houten) who is being hidden from the Germans like Anne Frank. She and her family try to sneak across enemy lines to the Allies but they are betrayed. She escapes and joins the resistance. She is assigned the task of befriending a German officer (Sebastian Koch) in order to get information. Many twists and turns ensue. Needless to say, she and Koch fall in love. Another evil German officer (Waldemar Kobus) tries to betray them and the resistance is riddled with collaborators. The title of the movie refers to a diary that contains evidence that will reveal who among the resistance was collaborating with the Germans. I won't say more except that shots are fired, things blow up, people are killed, and then the Canadian Army rides to the rescue. The Canadian Army? Yes, it's true. Not only is there such a thing as the Canadian Army, but among other things, they liberated Holland near the end of WWII. 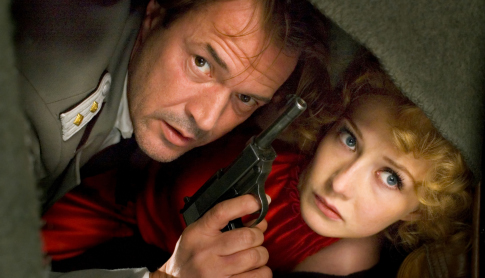 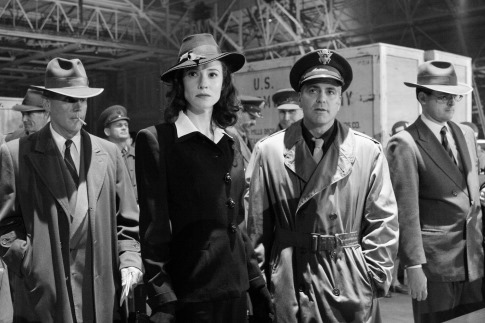 Black Book is a fun movie to watch. Well, maybe fun isn't the right word since the subject matter is a bit on the depressing side, including, as it does, genocide, torture, murder etc. But there's lots of good action, and Carice van Houten is great as the heroine who never loses her cool even when the bullets are flying. Sebastian Koch, who was recently seen as the playwright in Lives of Others, does a nice job as the "good" German. There are lots of not-so-good Germans and Dutch too, notably Waldemar Kobus as a sadistic German officer and Thom Hoffman as a Dutch doctor who plays both sides against the middle. 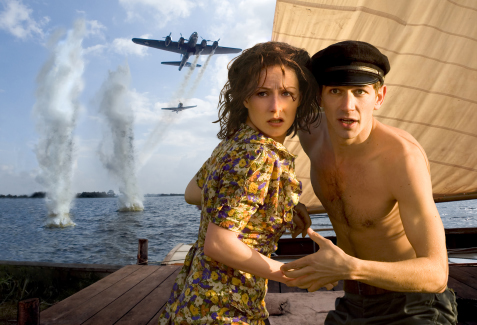 As I noted above, Verhoeven has made some great action movies. Black Book is in the same vein and Verhoeven keeps it moving throughout. The only link between the one black mark on his record, Showgirls, and Black Book is a scene early in the film which has garnered a lot of comments, where Rachel doesn't stop after dying the hair on her head blonde, but also dyes "all" of her hair on camera. One of the most troubling things in Black Book is the suggestion that after the war, the Canadian Army sanctioned the executions by the Germans of people already scheduled to die. This is hard to believe and I haven't been able to find any evidence to back it up, but Verhoeven says it happened. What is factual in the movie, is the harsh treatment, after the armistice, of Dutch citizens who were considered to be collaborators, including women who slept with German soldiers. So, while you can argue that Black Book is way over the top and too dramatic, it does give a good idea of the atmosphere surrounding the events in Holland in 1945. It isn't in the same league as The Good German but it's good for a Saturday night at the movies.