Beowulf, the famous epic old-english poem, was composed sometime between the 8th and 10th centuries. The action in the poem is set in the 6th century, and mixes real people and events with myths and legends. In the poem, King Hrothgar, his wife and warriors have a big party in the new hall that he has built. All is well until their singing disturbs a monster, Grendel, who attacks and kills many of them. Beowulf, a young hero, hears about the monster and offers his services. Grendel appears, and attacks Beowulf and his men but Beowulf manages to rip off Grendel's arm, and he crawls off to die. The next night Beowulf and his men are attacked by Grendel's mother. They track her to her lair under a mysterious lake. Beowulf dives into the lake, fights Grendel's mother and kills her. He then returns home and becomes King of his people. Fifty years pass, and then a dragon attacks after a slave steals its golden cup. Beowulf fights the dragon and kills it but dies from his wounds. There are also three (or four) funerals in the poem which are paired with the three battles. The last funeral is Beowulf's.

Beowulf has now been brought the screen through the miracle of Motion Capture technology. This technique was used previously to make The Polar Express starring Tom Hanks. When I say, "starred", I mean that Hanks spoke his lines and wore an outfit covered in sensors. See Angelina Jolie below. This is combined with animation to make the movie. Basically, Motion Capture is crap. Pixar can make fictional people, toys and cars seem more real than the people, monsters and dragons in Beowulf. The first problem is that the movement of people, horses, etc is very jerky. The second is that even though they cover the faces of the actors with sensors, the faces of the characters in the movie have about as much animation as Clutch Cargo. I didn't see the 3D version of Beowulf, but I hear, from Robin, that it's much better. 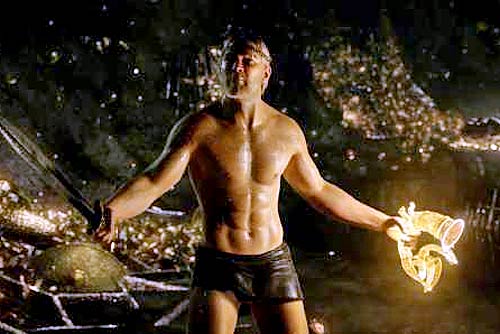 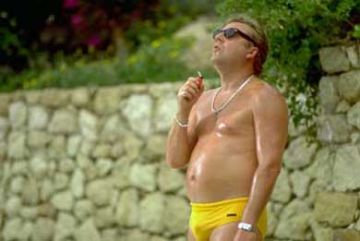 Some of the results of the Motion Capture process are shown above and below. Ray Winstone is shown as Beowulf (above left) and as himself (above right). As you can see, the character is just a little bit more buff than the actor. Also shown is Grendel's mother (below left) and Angelina Jolie in her Motion Capture suit (below right). I'm not sure what they based Grendel's mother's body on! 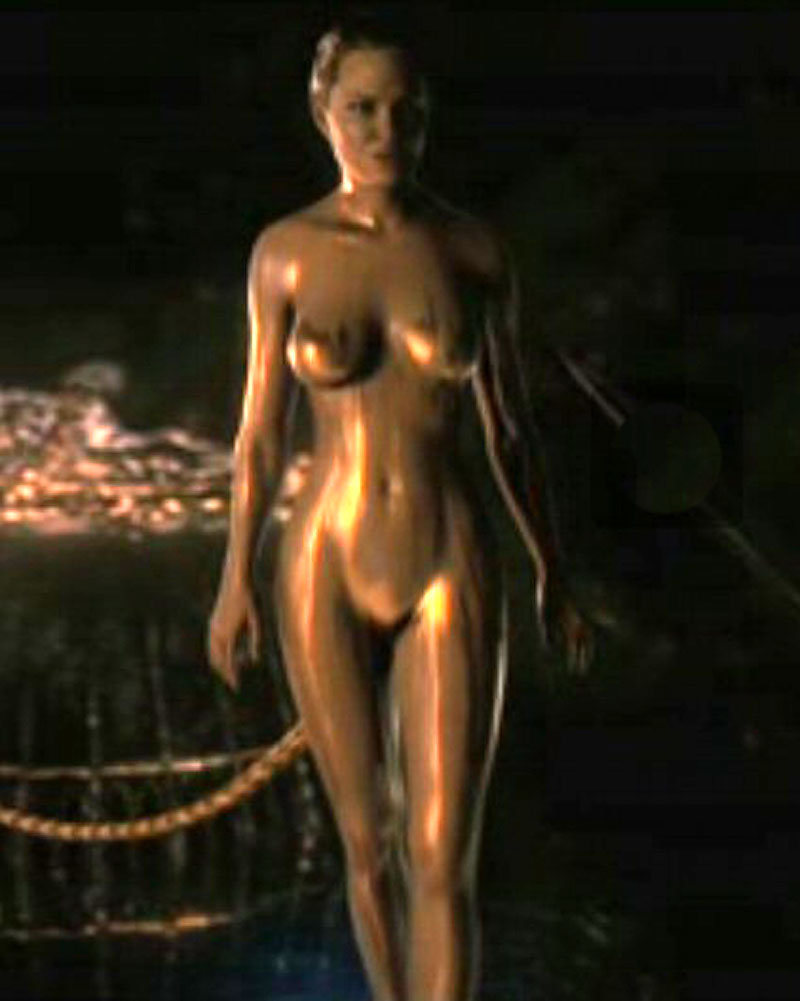 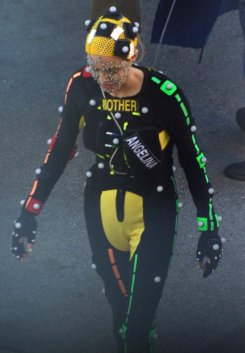 The plot of Beowulf, the movie, differs greatly from the original poem. Two good writers, Roger Avary, who won an Oscar for his screenplay of Pulp Fiction, and Neil Gaiman, a well known fantasy writer, worked on the screenplay for Beowulf. A major change from the poem is that Grendel (Crispin Glover) is the son of King Hrothgar (Anthony Hopkins), who apparently hooked up with his mother (Angelina Jolie). Then, when Beowulf goes to do battle with Grendel's mother, he hooks up with her rather than kill her. The progeny of that tryst is the dragon who attacks Beowulf at the end of the movie. In the poem, the dragon is not related to Grendel's mother in any way. Basically, there's no sex in the original poem. In addition to Grendel's mother's sleeping around, King Hrothgar in the movie is all about sex, drugs, and rock & roll. He has a beautiful wife (Robin Penn) who Beowulf inherits along with the throne. Beowulf also has a beautiful girlfriend (Alison Lohman). The wife is in the poem. The girlfriend isn't. Also in the poem, Beowulf goes home after killing Grendel and his mother, and doesn't marry King Hrothgar's wife. Other characters from the poem who appear in the movie include, Unferth (John Malkovich), who gives his sword to Beowulf (in both versions), and Wiglaf (Brendan Gleeson), who is just around to slay the dragon in the poem, but is Beowulf's lifelong right-hand man in the movie. One other change discussed on the Wikipedia page is that in the movie, Grendel is not a monster, he's just misunderstood. Whereas in the original poem, he was a real monster.

Beowulf is directed by Robert Zemeckis who also did The Polar Express. He has directed some great movies including some of my personal favorites like Cast Away, Contact and Back to the Future. I didn't see The Polar Express, didn't want to, so I can't compare it to Beowulf. The Motion Capture is supposed to be much better in Beowulf. Like I said, I think Motion Capture is pretty crappy. But that aside, the movie isn't great. It gets a bit draggy after Grendel dies until things pick up again when the dragon attacks. You have to wonder what Beowulf would have been like in live action, directed by Peter Jackson instead of Zemeckis. Then it would have cost $300 million rather than $70 million. I've never read Beowulf so I didn't have a visceral reaction to the changes from the original. As it was, I couldn't get past the herky jerky movement of the characters and herky jerky movement of the plot. Now, I think I'll just have to take Lisi's Beowulf course.