This is perhaps the most promoted film ever, well, probably not, but the ubiquity of the ads for The Bee Movie made it feel that way. The original teaser trailer for The Bee Movie was pretty funny. It had Jerry Seinfeld in a bee costume, hanging from wires and flying around wildly, until Steven Spielberg drops by to suggest that The Bee Movie be done as a cartoon. Unfortunately, it's been all downhill from there. Don't get me wrong. Jerry Seinfeld is a funny guy. His eponymous show about nothing was laugh-out-loud funny. But sadly, The Bee Movie isn't. It is snore-out-loud boring.

The premise is cute enough. A young bee (voice by Seinfeld) decides that he doesn't want to be your average worker bee like his best friend (Matthew Broderick), so he flies out of the hive, and meets a human woman (Renée Zellweger) who runs a flower shop. This meeting starts a series of events that spiral out of control, leading to the bee suing for the return of all honey stolen by humans, and eventually to the dying of all plant life on the Earth, to the bee saving the day, of course, to everyone living happily ever after. Various other famous voices are heard, including Chris Rock, Larry King and John Goodman. 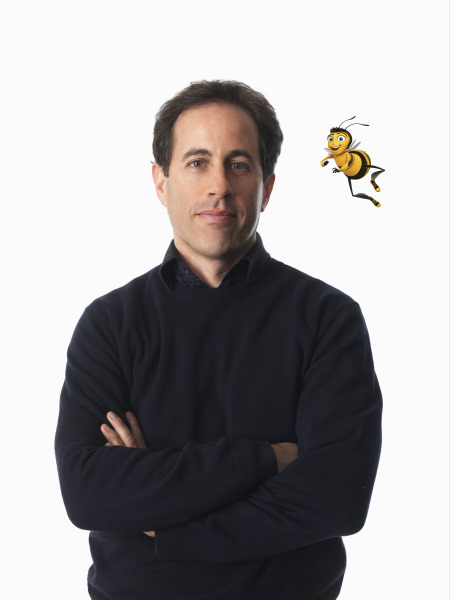 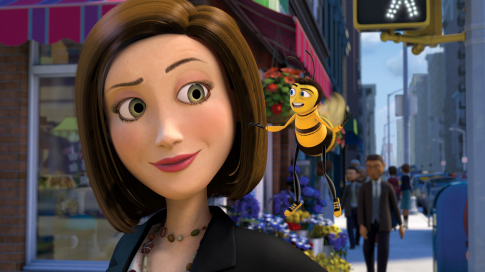 The Bee Movie is probably funny if you are five years old, although the kids at the screening I went to, were not enthralled enough to stop screaming. But this movie lacks anything that will keep those of us older than five amused, i.e., a funny script. The great thing about the Shrek movies, for instance, is that in the tradition of Rocky & Bullwinkle and their ilk, the writers included jokes that have multiple layers appealing to people of different ages. I think that Jerry Seinfeld, who wrote as well as produced The Bee Movie, is very capable of doing this, but for some reason, he didn't. And since this film is Seinfeld's baby, it looks like no one was courageous enough to tell Jerry that it just isn't funny!

I'm guessing that you have figured out that I didn't like The Bee Movie very much. It was disappointing. I think that even if you factor in my "problem" with comedies, this movie doesn't make the grade. Maybe Seinfeld thought that it was enough to make a thoughtful "green" movie about saving the planet and he just forgot to put the jokes in. I dunno. I think he started working on it before bees started dying for real all over the world. Anyway, I don't think that bees are going to replace penguins as the funniest members of the animal kingdom anytime soon.