I love how once in a while when you are watching some new movie, you come to the sudden realization that the story is strangely familiar. Such is the case with August Rush, the story of a boy (Freddie Highmore) from a good family who is put up for adoption as a baby and is still waiting after eleven years in an orphanage for his parents to turn up. He eventually sets off to find them and has a series of adventures including falling in with a group of young grifters lead by a Fagin-like character known as Wizard (Robin Williams). Wait a minute! Wizard is Fagin and August Rush is Oliver Twist. It's definitely the Oliver story all right but with a bit of Mr. Holland's Opus and Cinderella thrown in. Our modern Oliver Twist is the son of two musicians (Jonathan Rhys Meyers & Keri Russell), shown below, and he turns out to be a musical prodigy who uses his music to call to his parents and vice versa. Also, while Russell is searching for her son, Rhys Meyers is searching for Russell, his long lost love. August Rush is the stage name picked by Fagin, I mean Wizard, for the young musician. 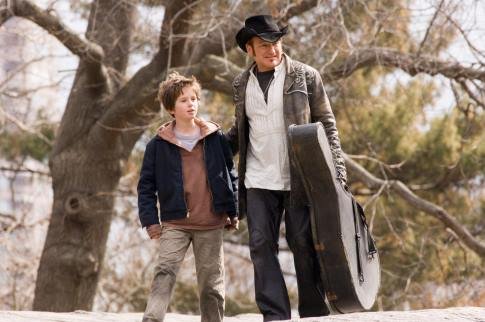 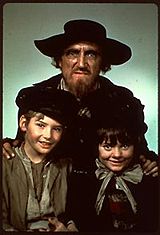 Freddie Highmore is really quite good in the title role. He burst on the scene a couple of years ago in Finding Neverland and Charlie and the Chocolate Factory. He is perfect for this role, projecting nothing less than pure joy as his character is finally is able to express the music that has been churning around inside him all his life. Rhys Meyers and Keri Russell make a nice couple. They are very cute together and separately. I have liked Rhys Meyers ever since I first saw him as the girls' football coach in Bend it Like Beckham. I never saw Russell in Felicity and only really saw for the first time what she could do in last year's Waitress which was also a very sweet movie. Russell does sweet very well, although you can see her in a nice but brief, gritty role in the last Mission Impossible. Robin Williams does a Robin-Williams-esque turn as the Fagin-esque Wizard in a part that could have been written with him in mind. The always entertaining Terence Howard (Hustle & Flow) is good as the social worker but he doesn't get to stretch much. 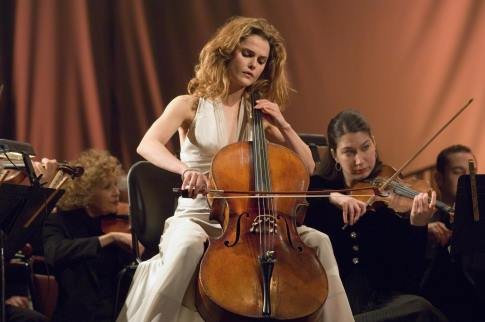 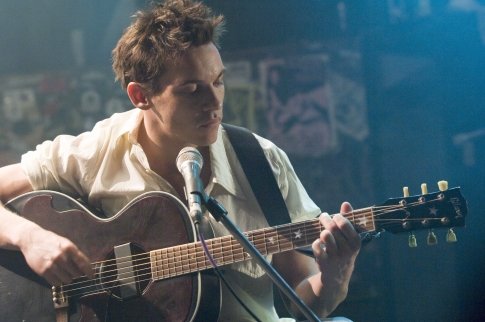 August Rush is set and shot mostly on the streets of New York, giving it a fairytale look. The director is Kirsten Sheridan daughter of director Jim Sheridan (My Left Foot). August Rush is a Dickensian fairy tale. In case you haven't realized it already, this movie is extremely heartwarming. And since it is a retelling of the Oliver Twist story, it has all those coincidences, chance meetings, funny character names, and ironies that Dickens loved so much. Either you like this about Dickens or you don't. I do love Dickens and maybe that's why I love August Rush too. You just have to go with the flow knowing that there's going to be a happy ending where everyone just happens to be in the right place at the right time. I watched it on a plane to England and I ended up watching it three times. August Rush came and went very fast in the theatres last year but it's available on DVD now and ready for your Netflix list. 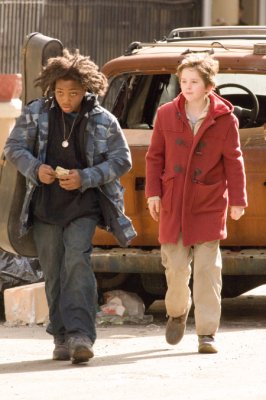 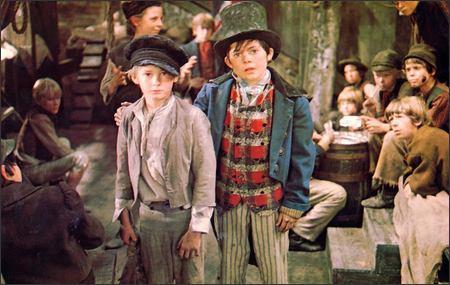