Atonement is one of the most aptly named films ever. It's an epic story of star-crossed lovers, of course. But mainly it is the story of woman who spends 60 years trying to atone for one act, committed when she was a child, which set in motion events that she had no power to stop. The film covers her life from age thirteen until she is an old woman. Three actresses, seen below, play her, at age 13 (Saoirse Ronan), 18 (Romola Garai), and 70 (Vanessa Redgrave). She never changes her hairstyle! 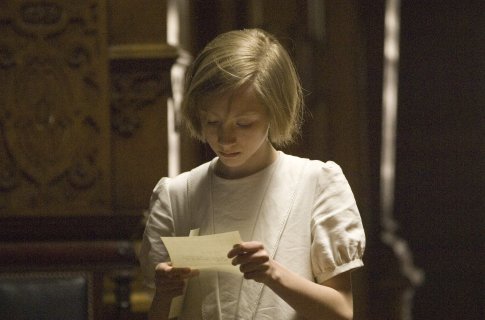 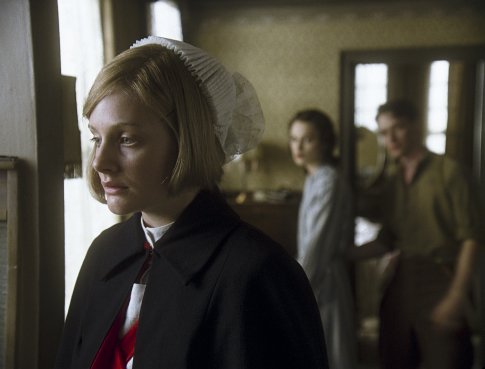 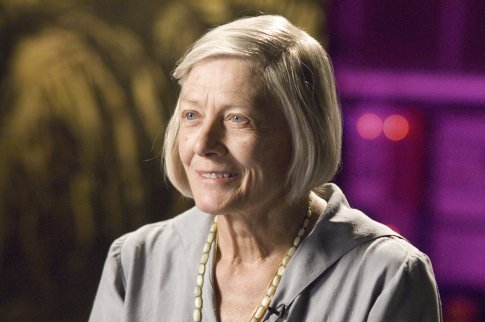 The events for which she needs to atone are set in motion when she sees her older sister (Keira Knightley) and her lover (James McAvoy) together and believes that her sister is being attacked. There's also a misplaced letter and a ne'er-do-well who forces himself on another young girl. But not to spoil the plot too much, I'll just say that McAvoy gets sent to jail only to be released into the service when World War II begins. Knightley and her sister both become nurses but are estranged. Knightley and McAvoy are reunited while he is on leave. But with a name like Atonement, this film isn't going to have a happy ending. 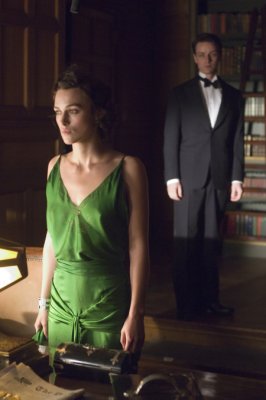 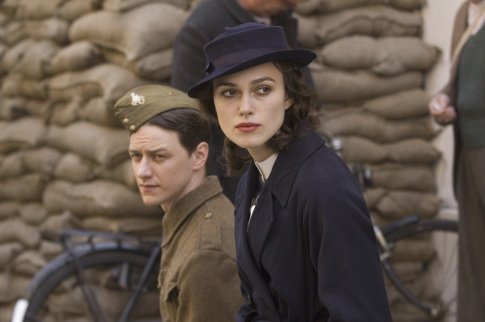 The film is adapted from the novel by Ian McEwan and directed by Joe Wright. Wright also directed Knightley in Pride & Prejudice, a film that I love. He does a very good job here producing a very old-time love story. The cinematography is very nice, culminating in an epic scene on the beach at Dunkirk during the evacuation with a cast of thousands. The scene shot as is one unbroken 5-minute scene, following McAvoy as he walks around taking it all in.

Atonement is a bit of a throwback. Its retro style is very fun if you just sit back and enjoy it. The cast is great. Knightley and McAvoy are great choices for the parts of the doomed lovers. And the three actresses playing the younger sister are all good. It is wonderful, as usual, to see Vanessa Redgrave who is finding some small but juicy parts (Venus, Evening) to play at age 71. I won't discuss the end of this movie but it is not what you'd expect and is very un-Hollywood. It definitely makes Atonement a more interesting film. This is a very good movie to see on the big screen. It is still playing across the country.