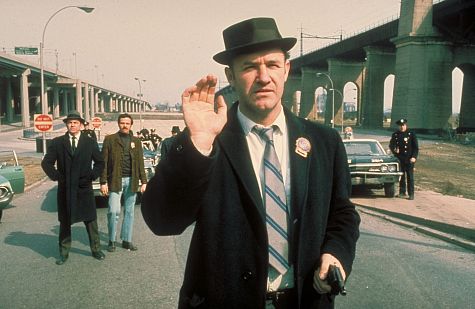 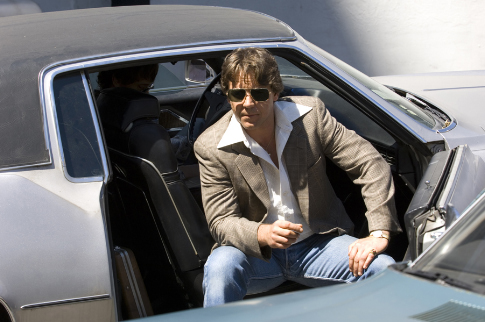 American Gangster is based on the true story of Frank Lucas (The faux Lucas below left and the real one below right) who rose from being a driver for Harlem crime boss Bumpy Johnson (Clarence Williams III), to running the drug trade in Harlem and scaring even the Mafia (Armand Assante et al.). He adopts the Sicilian system and brings his mother (Ruby Dee) and the rest of his family, including his five brothers (Chiwetel Ejiofor et al.) up from North Carolina to help run his business. He marries a former Miss Puerto Rico (Lymari Nadal) and settles down to run Harlem. Meanwhile, a cop Richie Roberts (Russell) so honest that he and his partner (John Ortiz) turned in a million dollars they found in a drug bust, is put in charge of a special unit by his boss (Ted Levine), separate from the corrupt NYC drug cops. He starts his pursuit of Frank Lucas as he is going through a bad divorce from his wife (Carla Gugino) and going to law school at night. At first, things go well for Lucas and bad for Roberts but slowly the tide turns. 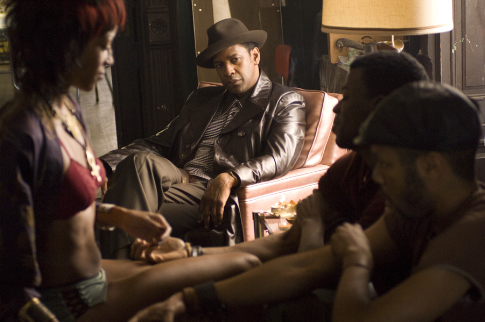 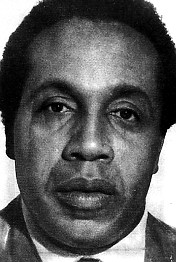 American Gangster is a very good movie, not a classic like The French Connection but still very good. It is written and directed by a couple of old pros, Steve Zaillian who did the screenplays for Searching for Bobby Fischer, Schindler's List (won an Oscar), and Gangs of New York, and Ridley Scott who has directed almost 30 movies including Alien, Blade Runner and Thelma & Louise. The main difference in structure from The French Connection is that American Gangster tells two interwoven stories of Roberts and Lucas, whereas in The French Connection it was just Popeye Doyle's story. Also, American Gangster is much less frenetic with no wild car chases. And Russell Crowe doesn't have the manic energy of Gene Hackman's Popeye. But less is more for Crowe and he is very good here. Denzel Washington is great as usual. You can tell that he really enjoyed playing this part. The supporting cast is very strong although Roberts and Lucas are the only three dimensional characters. Josh Brolin is mostly intimidating as the leader of the corrupt drug cops. He's having a big year, appearing also in Grindhouse, The Valley of Elah, and No Country for Old Men. Chiwetel Ejiofor (Children of Men, Serenity) is a bit wasted as Lucas' not terribly competent brother. Newcomer Lymari Nadal does well as Lucas' wife whose life comes crashing down around her. In real life, she is married to Edward James Olmos (Battlestar Galactica). She's 29, and he's 60. There are lots of familiar faces in the large cast of this movie including, Ted Levine (Silence of the Lambs), John Hawkes (Deadwood), Joe Morton (Terminator 2), Carla Gugino (Spy Kids), and Cuba Gooding Jr. (Jerry Maguire).

After turning State's evidence, Frank Lucas served 15 years in prison. He's still around, as is Richie Roberts. After passing the bar, Roberts quit the force and became Lucas' defense lawyer. They are friends. American Gangster was shot on location in Harlem. Ridley Scott has done a nice job of re-creating the look and feel of Harlem in 1970. When I visit New York City, I walk around Harlem quite a bit. It's interesting to see how it has and hasn't changed in the last 40 years. American Gangster is worth seeing both as cinema and as a crazy slice of real life.